Research shows that in 2013, migraine, chronic obstructive pulmonary disease and hearing loss were among the 10 leading causes of Years Lived with Disability in India 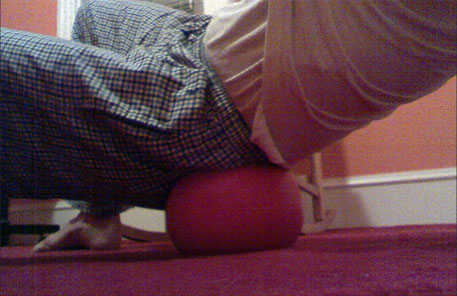 A recent global report shows that Indians are spending more time battling ill-health as non-fatal diseases and injuries such as major depressive disorder, anaemia and low back pain have become more prevalent in recent years.

The study published recently in the medical journal, The Lancet, is the outcome of an analysis of 301 acute and chronic diseases and injuries in 188 countries.

The reports says that Years Lived with Disability (YLDs) makes up a major chunk of health problems that impair an individual's mobility, hearing or vision, or cause pain in some way or the other.

The study was conducted by an international group of researchers working on the Global Burden of Disease project and led by the Institute for Health Metrics and Evaluation (IHME) at the University of Washington.

According to the study, in 2013, migraines, chronic obstructive pulmonary disease (COPD) and hearing loss were among the 10 leading causes of YLDs in India. Other leading causes included neck pain, diabetes and anxiety disorders.

Diabetes YLDs also increased for men in India during the same period, rising to 136 per cent. YLDs from COPD increased by 76 per cent.

“The health of Indians is increasingly threatened by depression, back pain and migraines,” said Vivekanand Jha, executive director, George Institute for Global Health, India, and the study's co-author.

“At the same time, diseases like iron-deficiency anaemia, chronic obstructive pulmonary disease, diabetes and chronic kidney disease are also costing Indians many years of healthy life. It is critical to understand which diseases and injuries are causing disability so that we can effectively allocate resources,” he added.

Musculoskeletal disorders, mental disorder, substance-related disorders, neurological disorders and chronic respiratory conditions were the main drivers of YLDs in 2013. The disease burden of both low back pain and depression have increased more than 50 per cent since 1990.

Impact of war on health

“What ails you isn’t necessarily what kills you,” said IHME Director Christopher Murray. “As non-fatal illnesses and related ailments affect more people of all ages, countries must look closely at health policies and spendings to target these conditions.”

Report: Global, regional, and national incidence, prevalence, and years lived with disability for 301 acute and chronic diseases and injuries in 188 countries, 1990–2013: a systematic analysis for the Global Burden of Disease Study 2013