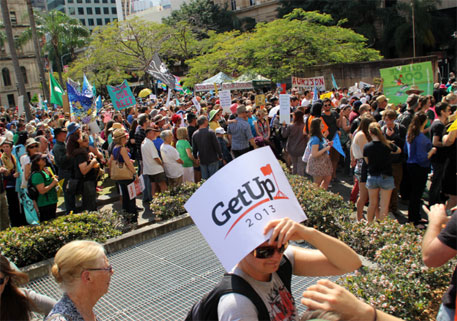 Following pressure from international agencies and conservationists, Andani group along with other multinationals will soon scrap plans to dump dredging waste into a protected ocean surrounding Australia’s Great Barrier Reef. It has also been reported than plans to identify alternative sites for dumping the waste on land are being considered.

“Plans to dump three million cubic metres of material dredged from the ocean floor into the Great Barrier Reef area will be abandoned under changes to already approved plans to expand the Abbot Point coal terminal in Queensland,” reported the Australian Financial Review.  The Great Barrier Reef is a heritage site located on the north-east coast of the island continent.

Environment minister Greg Hunt said there was an “emerging option” that could see the consortium—India’s Adani Group and Australia’s North Queensland Bulk Ports and GVK Hancock—submit a proposal suggesting onshore dumping locations. “There is an emerging option which I’ve said we’d welcome and consider on its merits,” Hunt told the Australian Broadcasting Corporation.

The Australian government had earlier approved the plans by the private companies. Since then, the government has repeatedly been criticised by conservationists for approving a major coal port expansion at Abbot Point on the Great Barrier Reef coast. The project will be overseen by India’s Adani group and requires the dredging of three million cubic metres of material from the seabed so that freighters can dock. The US $16.5 billion project, once completed, would lead to the creation of the largest coal mine in Australia, and one of the largest in the world.

Moreover, the government is also under the scrutiny of Unesco. The UN cultural body has given Australia until February 1, 2015 to submit a report on what it was doing to protect the heritage and biodiversity site.

It had also condemned the approval by stating that the decision was taken without the government undertaking a comprehensive assessment of alternative and less impacting disposal options.
“A spokesman for Adani Group said the Indian-based company was committed to ensuring the project was achieved with the best outcome for the environment,” says a report published in theage.com.au