Benefits of government schemes and policies go to big farmers, shows survey undertaken by CSDS on behalf of farmers’ association 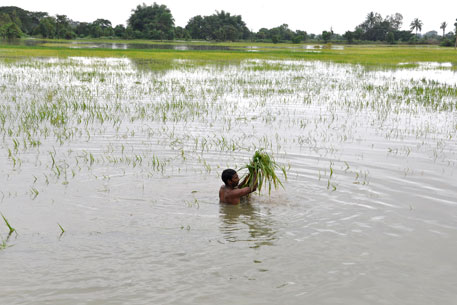 A study by a premier social sciences research institute reinforces what policymakers and media have been talking about the past few years—that India is going through a deep agrarian crisis. The Centre for Study of Developing Societies (CSDS), based in Delhi, found that given an option majority of farmers in the country would prefer to take up some other work. Poor income, bleak future and stress are the main reasons why they want to give up farming. Around 18 per cent of respondents surveyed said it was because of family pressure that they are continuing with farming. The CSDS study report, “State of Indian Farmers”, was released in Delhi on Tuesday.

Why they want to give up farming

The survey of 5,000 farm households across 18 states says that 76 per cent farmers would prefer to do some work other than farming. Sixty-one per cent of these farmers would prefer to be employed in cities because of better education, health and employment avenues there. A high percentage of farmers complained of repeated losses; 70 per cent of respondents said their crops were destroyed because of unseasonal rains, drought, floods and pest attack.

The sample size of the study is not very large—just 36 households per district. National Sample Survey office (NSSO) and Census surveys, which also pointed to agrarian crisis and increasing number of people giving up farming, covered hundreds of thousands respondents. None the less the CSDS study lends further credence to reports of the poor state of India’s farmers

CSDS director Sanjay Kumar says sample size is not an issue for any survey. “It’s how you select the sample, which matters most. The survey intends to give you an idea and not understand why.”

“If government finds merit in this survey, they can commission a bigger following the same parameters,” he adds. The districts for study were selected randomly from the list of districts that had high rural population and villages that had high dependence on agriculture, says Kumar. Over 11,000 interviews were conducted for the report, which included one female and one young member of the respondent household. The idea was to have insight into the socio-economic conditions, expectations and hopes of the farmers to understand what is ailing them.

The report says that benefits of government schemes and policies are being mostly given to big farmers having landholding of 10 acres (4.05 hectare) and above. Only 10 per cent of poor and small farmers with average land holding of 1-4 acres (0.4 to 1.6 ha) have benefited from government schemes and subsidies. The farmers blamed the state and Central governments for their present condition as 74 per cent of those interviewed alleged they do not get any farming-related information from officials of the agriculture department.

The survey shows that 62 per cent of interviewed farmers were not aware about the minimum support price (MSP) and among those who have heard about MSP, 64 per cent were not satisfied with the price government offers.

The study commissioned by Bharat Krishak Samaj (BKS), a non-political association of farmers, has come at the time when the country is going to polls. On the question of why survey was released at such a crucial time, BKS chief Ajay Jakhar says, “It’s just a coincidence that it has come out at this time. Since it’s out now, we hope that it would at least influence the government which comes into power when they are framing their policies.”

“We appeal to all political parties to give proportionate representation to real farmers at time of Lok Sabha ticket distribution and promise the same at time of Cabinet formation. Only then can good policies be made and implemented.”

Handbook on some political issues surrounding food and agriculture in India