India’s sanitation campaign has not improved health of people: study 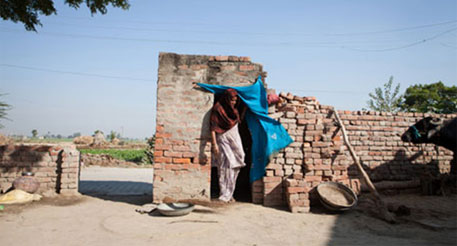 In 1999 when India initiated Nirmal Bharat Abhiyan, the world’s largest community-led total sanitation programme, its objectives was to improve quality of life in rural areas. The programme did significantly increase latrine coverage but did not improve health, says a recent study.

The study involving 100 rural villages has found that the sanitation intervention increased mean village-level latrine coverage from 9 per cent to 63 per cent (compared with an increase in control villages from 8 per cent to 12 per cent), but did not reduce the prevalence of diarrhoea soil-transmitted helminth infection, or stunting in children younger than five years.

"The program is effective in building latrines, but not all households participate", explains lead author Thomas Clasen from Emory University, Atlanta, USA and the London School of Hygiene & Tropical Medicine in the UK. "Moreover, many householders do not always use the latrines. This, combined with continued exposure from poor hygiene, contaminated water, and unsafe disposal of child faeces, may explain the lack of a health impact."

Increased latrine coverage is generally believed to be effective for reducing exposure to faecal pathogens and preventing disease; however, our results show that this outcome cannot be assumed. As efforts to improve sanitation are being undertaken worldwide, approaches should not only meet international coverage targets, but should also be implemented in a way that achieves uptake, reduces exposure, and delivers genuine health gains, the researchers note in The Lancet on October 10.

The researchers say that further studies are needed to identify why the intervention failed to improve health, but suggest a number of possible explanations including insufficient coverage and inconsistent use of latrines, or that a lack of handwashing with soap or animal faeces could also be contributing to the disease burden.

Writing in a linked Comment, Stephen Luby, Research Deputy Director at the Centre for Innovation in Global Health, Stanford University in the USA says, “This absence of sound data for the health effect of sanitation results in a paucity of evidence to guide decisions about whether to invest scarce funds in the improvement of sanitation. Might communities be healthier if the funds were instead invested in water infrastructure, handwashing promotion, rotavirus vaccine, nutritional supplementation, or improvement of clinical management of diarrhoea with oral rehydration and zinc treatment?"

Worldwide, around 2.5 billion people lack access to basic sanitation facilities such as a latrine. One-third of them lives in India. Two-thirds of the 1.1 billion people who practice open defecation and a quarter of the 1.5 million who die every year from diarrhoeal diseases caused by poor hygiene and sanitation also live in India.

Effectiveness of a rural sanitation programme on diarrhoea, soil-transmitted helminth infection, and child malnutrition in Odisha, India: a cluster-randomised trial