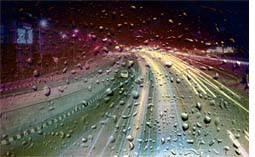 there is growing evidence to believe that the incidence of acid rain is increasing in India. Many experts link the phenomenon with increasing industrialisation in the country.

On August 23, Union minister of state for environment and forest, Namo Narain Meena, informed the Rajya Sabha that the India Meteorological Department (imd) has found increasing acidity in rain samples from Pune and Nagpur. The samples were acidic with pH values less than 5--pH is a measure of the acidity or alkalinity of a solution.

A 2004 paper in the journal Environment Science and Engineering by imd scientists says pH values in rainwater has been dropping in India. The study finds a link between acid rains and the rising levels of sulphur and nitrogen compounds in the atmosphere. "The data is extensive and irrefutable," says Jayanta Sarkar, lead author and former director of air pollution unit, imd in Pune. All stations except Kodaikanal have shown a two-fold rise in sulphate concentration in the rain (see graph Bad indicators). The scientists cite the example of northeast India where oil refineries, fertiliser factories, thermal power plant and oil and gas installations release sulphate and nitrate compounds into the atmosphere, raising acid content in the rain.

There are other reasons too. In most parts of India, the alkaline dust in the atmosphere neutralises the acid content in rain. But "rainwater at Mohanbari in Assam, is more acidic in nature because the area lacks neutralising agents", says Vijay Kumar Soni of imd.
Industrialisation is the prime driver of the acid rain phenomenon. Besides acid rain, experts also link changes in precipitation patterns to rapid industrialisation and urbanisation across the globe. The changes include increased rains and snowfall in northern regions, and drier conditions in tropical areas.

A recent paper in Nature (Vol 448, No 7157) clearly establishes this link. Human-induced climate change in the past century has contributed to the drying observed in Mexico, Central America and northern Africa, says Canadian climate scientist Xuebin Zhang who is one of the authors. The paper says that these shifts may have had significant effects on ecosystems especially in regions that are sensitive to changes in precipitation, such as the Sahel region in northern Africa.

U Kulshrestha of Indian Institute of Chemical Technology, Hyderabad points to another concern acid rain over oceans. In winter, when the wind blows from land to the oceans in South Asia, it carries effluents from India, China, Japan. The alkaline dust suspension is heavy and not carried that far. So, the rains in the Indian Ocean and the Arabian Sea and the Bay of Bengal have become acidic.

Studies show the importance to regularly monitor more places for acid rains. But the mechanism to study acid rains is at present inadequate in India. imd stations are not located in the most polluted areas in the country. The department has not yet looked into all the industrial areas. "We do not have data from these areas. The condition there will be much worse," says Sarkar.