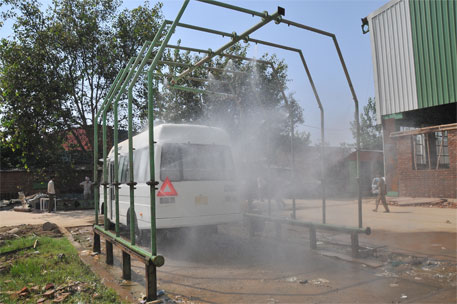 In a bid to fight global warming, investment fund firms are urging the developed world to commit to a long-term plan to cut down greenhouse gas emissions worldwide.

An open letter to the finance ministers of the Group of Seven countries—Canada, France, Germany, Italy, Japan, the UK and the US—was signed by 120 chief executive officers (CEOs) of various investment firms, including Henderson Global Investors and Schroders, reports Reuters. The letter was sent to the delegates of a G7 finance ministers’ meeting in Dresden, Germany, scheduled tomorrow (May 28). “We believe climate change is one of the biggest systemic risks we face. The benefits of addressing climate change outweigh the costs,” they wrote in the letter.

According to the report, the fund managers did not specify an exact goal but said that the emission cuts should ensure that average global temperatures rise by less than 2 degree Celsius above pre-industrialised levels in the 19th century, a UN target adopted in 2010. “We believe that a long-term emissions reduction goal, carbon pricing and strong national-level plans are critical to send clear market signals," Anne Stausboll, CEO of the California Public Employees’ Retirement System said in a press release.

Philippe Desfosses, head of ERAFP, the pension fund for French civil servants noted that a low-carbon future is an imperative. “The world needs US $53 trillion of energy investment by 2035 to avoid dangerous climate change,” he said.