Low income and developing countries will be affected more 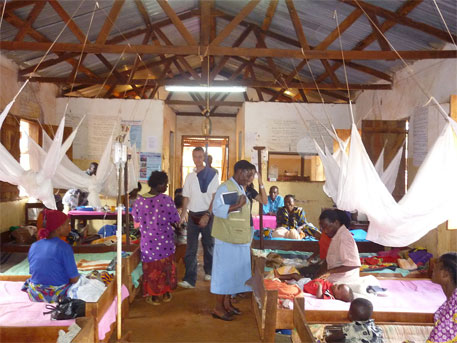 The synthesis report released by the Intergovernmental Panel on Climate Change (IPCC) on Sunday, which is the last in the series under the fifth assessment report (AR 5) just before talks begin in Peru for a new climate deal for the world, says it is clear that climate change will have an impact on human health.

The IPCC report says that local change in temperature and rainfall has altered the distribution of some water-borne illnesses.

Impacts of such climate-related extremes include alteration of ecosystems, disruption of food production and water supply, damage to infrastructure and settlements, human morbidity and mortality, and consequences for mental health and human well-being, the report highlights.

The report predicts that climate change is expected to lead to increase in ill-health throughout the 21st century and developing countries and low-income countries will be more affected.

As per the report, the impacts include greater likelihood of injury and death due to more intense heat waves and fires, increased risks from food- and water-borne diseases, and loss of work capacity and reduced labour productivity in vulnerable populations. It also says that risks of under-nutrition in poor regions will increase.

The IPCC report, however, admits that at present the worldwide burden of human ill-health from climate is not well quantified.

The report highlights that the adverse effect of climate change on health can be minimised by taking measures like increasing the focus on strengthening existing health delivery systems and institutions, as well as insurance and social protection strategies. These efforts will improve health, security and livelihoods in the near term.

The most effective vulnerability reduction measures for health in the near-term are programmes that implement and improve basic public health measures such as provision of clean water and sanitation, secure essential healthcare, including vaccination and child health services, increase capacity for disaster preparedness and response, and alleviate poverty.

As per the IPCC report, options to address heat related mortality include health warning systems linked to response strategies, urban planning and improvements to the built environment to reduce heat stress.