Is Mumbai in for more power cuts? 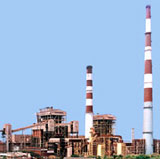 At a time when a serious power crisis looms over the whole country because of coal shortage, Mumbai experienced a massive power outage on Tuesday, which resulted in power cuts and load-shedding in many areas in the city. Uncertainty over power supply continues to prevail as no clear explanation is forthcoming on the reasons for the massive power outage.

This the first time in many years that Mumbai is facing such a serious power outage. Power experts complain that state government has assiduously protected Mumbai from power cuts at the cost of the rural areas of the Vidarbha region, which produces the lion’s share of power in the state.

The outage is reported to have started around 10 am. Brihan Mumbai Electricity Supply and Transport (BEST) attributed the crisis to tripping in Tata’s 500 MW Trombay power plant. Tata Power, in a media statement, confirmed the snag, but did not give any reason for it. DTE's attempts to contact Tata Power for more information received no response.

Future of power supply in question
The power outage took place just a day ahead of a crucial meeting of representatives of five states, including Maharashtra, Gujarat, Punjab, Haryana and Rajasthan, with Union power minister Piyush Goyal. One of the matters to be discussed at the meeting is the decision of Tata Power to close down two units of its 4,000 MW Tata Mundra Mega Power Plant, citing technical reasons. This plant supplies power to all the five states mentioned above. Adani Power, another private power major, has also been learnt to have closed down six units at its 4,620 Mundra power plant in Gujarat a week ago. Both plants, which rely on imported coal from Indonesia, are learnt to have been impacted by the change in the country’s coal pricing policy.

Tata Power’s Trombay plant, which is the reason behind the current outage, switched to coal from gas and oil months ago in December 2013, and also relies on imported coal, informed sources. Speculations are rife as to whether Mumbai will have to see power cuts in the future as a result of the impending coal crisis.