It is Congress all the way in Telangana local bodies polls

Congress performs better than TRS in Telangana, but wiped out by TDP in Seemandhra 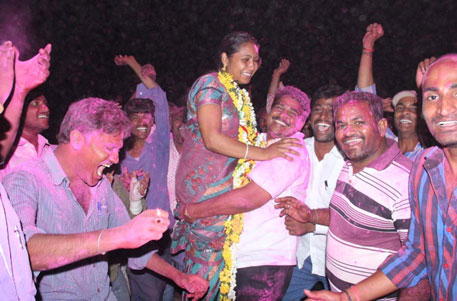 Going by the local body elections results, the Congress seems to have gained a slight upper hand in Telangana. The party emerged the winner on May 12 when the municipal election results were announced.

In the elections to the rural local bodies too, the party bagged a majority of the seats after having a neck to neck race with TRS. While TRS put up an excellent performance by bagging 191 of the 443 Zilla Panchayat Territorial Constituencies (ZPTC), the Congress won 2,351 of 6,525 Mandal Praja Parishad Constituencies (MPTCs). The Congress won 176 ZPTCs and the TRS bagged 1,860 MPTCs. 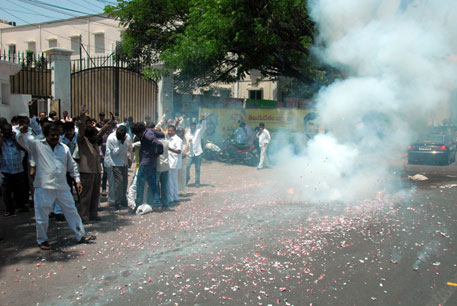 In Seemandhra, the residual Andhra Pradesh with 13 districts, the Congress witnessed a washout. The party could bag only two seats. In municipal elections too, the party had cut a sorry figure.

TDP, which had a sweeping victory in the urban local body elections, maintained its impressive performance in the rural body elections too. The party has proved wrong the notions that YSR Congress Party (YSRCP) is holding a sway over the rural voters. However, the race between the two parties was tight till the last moment. Of the 653 ZPTCs in the 13 Seemandhra districts, TDP bagged 373 and YSRC got 275 ZPTCs. TDP has established its hold over Srikakulam, Vizianagaram, Visakhapatnam, East and West Godavari, Krishna and Guntur, Chittoor and Anantapur districts, while YSRC won Kadapa, Kurnool, Nellore and Prakasam zilla parishads.