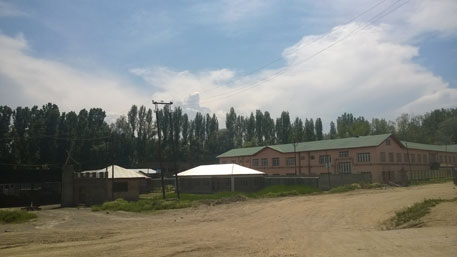 The Jammu and Kashmir High Court has recently issued another order asking for removal ofRussian poplars across the Kashmir valley. Responding to the order, the state government, on June 7, said that "the order will take time to be implemented".The pollen seeds of these trees are said to cause respiratory problems.

Underscoring their potential threat to human health, the Jammu and Kashmir high court had, on May 5, said that tehsildars would be responsible for ensuring compliance with the orders passed by deputy commissionersfor felling of the trees. In April,the court had issued another order that was not implemented, following which the court directed the government to implement the order at the earliest possible and wherever necessary.

In his plea, plaintiff Ghulam Mohammad Bazaz of Srinagar said, “I had approached the deputy commissioner of Srinagar with a written application, stating that my neighbour has planted Russian poplar trees, causing serious health issues to my family, especially my ailing mother.”

The court, in one of its earlier judgments,had observed, “It is common knowledge that pollen seeds of poplars of Russian species adversely affect health of general public, mostly of elderly people and children. The pollen seeds of these trees have given rise to chest disease in the Valley.”

The court had also cited Article 21 of the Indian Constitution. “The right to life can only become meaningful, only if a person is healthy,” said the court. It has now ordered the implementation of its order issued in April without any further delay. In the earlier order, the court had ordered chopping of poplar trees and had imposed a ban on planting them.

During summers, populous deltoids—female poplar—sheds a cotton-like material carrying seeds that cause allergy and aggravate respiratory disorders. This cotton has become an irritant in the recent past for the locals as well as tourists.

The name “Russian poplar” is a misnomer and has nothing to do with Russia. The variety of poplar trees was introduced in Kashmir in 1982from the US. Locally called as Russi Frass, the species takes less time (10-15 years) to grow, as compared to the Kashmir poplar that takes 30-40 years. However, experts say that the Kashmiri Poplar is harmless.

Due to their high yield, poplars are intensively used inthe timber and construction industry. However, due to cotton-like seeds that the species produces, it has become a pressing problem for the Valley. “It certainly aggravates respiratory diseases, the cotton-like substance is an irritant that causes allergies,” says Parvaiz Sajjad Shah, a doctor who treats lung patients in north Kashmir. “The irritation caused by the pollen results in running nose, red and watery eyes,” he adds.