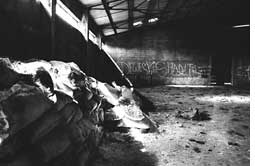 THE Madhya Pradesh High Court on December 16 issued fresh directions to dispose the toxic waste lying at the Union Carbide plant in Bhopal. The waste is to be incinerated at the waste treatment site in Ankleshwar industrial area of Gujarat. The court directed the Gujarat government to dispose the hazardous waste by January 31, 2009.

The waste has been lying at the plant since 1984 when the Bhopal gas tragedy occurred. The 350 metric tonnes of waste is at the centre of a legal wrangle between Madhya Pradesh and Gujarat governments.

The Gujarat government did not comply with similar orders passed by the high court in October 2007. A fire at the hazardous waste treatment facility (managed by Bharuch Enviro Infrastructure Ltd. or beil) and opposition from local non-profits were cited as main reasons for non-compliance.

The high court then got the beil site inspected by the Central Pollution Control Board (cpcb) which said that a backlog of 6,964 tonnes of waste would have to be cleared first. This finding was taken into account by the court when it said its order should be complied with in six weeks. Back of the envelop calculations however show that beil will have 2,464 tonnes excess waste to dispose and not 1,564 tonnes waste as estimated by cpcb in its affidavit. Therefore the plant will not be in a position to take in more stocks of toxic waste in January despite court deadline.

S K Nanda, state principal secretary for environment, said there was no question of "allowing the waste to be brought to Gujarat". He was hopeful the issue would be resolved in the Supreme Court that is hearing an appeal of the state against contempt proceedings for not complying with earlier orders.

The apex court on November 8 had directed that chief secretaries of Madhya Pradesh and Gujarat and officials of the Union Ministry of Commerce should jointly decide on the modalities for disposing the waste. A joint report will be filed in the Supreme Court in January end when the case is scheduled for hearing. This will be much before the High Court deadline expires, Nanda said.