Jarawa man speaks out against sexual abuse of young women 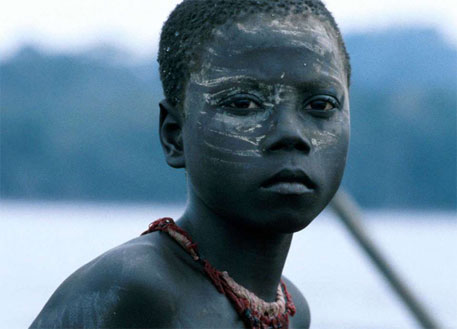 In a shocking audio clip, a Jarawa man revealed that poachers regularly visit their reserve and sexually exploit and physically torture young women. The audio clip was released on February 1 by Andaman Chronicle, a local daily. The Jarawa man also accused poachers and settlers of luring the tribe with groceries, alcohol and tobacco, taking crabs, venison (deer meat), pork and resin in exchange. The Jarawa is one of the endangered tribes inhabiting Andaman Island and any interaction with them is prohibited by law (see article: 'Poachers sexually exploit Jarawa girls...').

The Jarawa man named 20 poachers and fishers who regularly enter the reserve illegally. Barely two weeks ago, a group of poachers were caught by police from inside the reserve when they were taking eight Jarawa girls with them. “The Jarawa have only had friendly interaction with their neighbours since 1998 and are highly vulnerable to exploitation, diseases, and dependency on goods such as alcohol brought in by outsiders...Illegal poachers use Jarawa women to help with hunting and gathering inside the tribe’s reserve. There are strong indications that the women are being lured by alcohol, and that sexual exploitation occurs on a regular basis,” Survival International, a global non-profit campaigning for the tribe, stated on January 21.

The audio clip, released on February 1, revealed the name of a repeat offender and local poacher, Nitai Mondal, who despite being charged on several counts was released on bail. Though the police tried framing charges of sexual exploitation in recent abduction cases, Jarawa girls accompanying poachers did not testify against them, reported the Andaman Chronicle.

“By 1997, the Jarawas gave up their hostility towards outsiders after being exposed to the outside world through the Andaman Trunk Road (ATR). In 2003, poachers had introduced a group of Jarawa orphans and widows to alcohol and marijuana. While several offenders are local settlers, some have voter cards from villages in West Bengal,” said Denis Giles, editor of Andaman Chronicles. “ATR is the biggest crime committed by the local administration on the Jarawas—bringing in tourists, diseases and making the tribe vulnerable to outside influence; now the conflict has spread to areas beyond the ATR, with local settlers,” added Giles.

The Andaman Chronicles also reported that local people had a confrontation with Jarawas when they were picnicking at Collinpur beach. A group of Jarawas allegedly snatched the belongings of local tourists. “We are living in a state of fear as the Jarawas do not differentiate between innocent villagers and poachers,” Balram Singh, a resident of Collinpur, told the newspaper.

In the audio clip, the Jarawa man is heard speaking in accented and broken Hindi. Youngsters of the tribe are now conversant in the language of mainland due to repeated interaction with outsiders and trespassers inside their reserve.

The Jarawa habitat is protected as a tribal reserve notified under the Andaman and Nicobar Protection of Aboriginal Tribes Regulation (ANPATR) of 1956. The Andaman Trunk Road which cuts through the reserve was planned in the 1970s and opened in the 1990s. Despite an interim order from the Supreme Court, prohibiting the road in 2002, it has not been closed. The apex court in 2012, prohibited tourism and commercial activities within a 5 km buffer area of the Jarawa reserve. Earlier that year, The Observer, a British newspaper, had released a video of Jarawa women dancing for tourists in return for food.

“Jarawa women have always attracted prurient attention because of their nudity. Prints of bare-breasted Jarawa women were being sold in souvenir shops in Port Blair shops until in 1998 such photography was banned,” notes a 2013 paper by Madhusree Mukerjee and Denis Giles. Mukerjee is the author of the book, The Land of Naked People, on the tribes of Andaman Island, combining anthropological research with historical accounts and personal travel.

In 2003, “Giles visited an abandoned Bush Police outpost near Tirur village that the Jarawa had reportedly christened iinen chadda, meaning 'shed of the fair-skinned'. There he found a group of more than ten Jarawa females, children as well as adolescents and adults, who were living apart from the rest of the tribe. One of the women, Bali-em-o, was pregnant. The shed was littered with empty liquor bottles and cigarette butts, which indicated that it was routinely used by outsiders. In January 2004, Bali-em-o gave birth to a boy at G B Pant hospital. Giles was further informed that the father was either a policeman posted at Tirur or a member of the welfare staff. What became of the baby is not known,” the paper, titled Sexual Oppression and the Andamnese, notes.

“Colonizers have always taken a prurient interest in indigenous women, and the Andamanese are no exception. Syphilis introduced either by convicts or by a British naval rating all but wiped out the Great Andamanese tribes. Several sexual encounters of outsiders with Jarawa women have also been reported, raising the possibility of AIDS and other dangerous diseases being introduced into this highly vulnerable society. Another issue of concern is the sexual abuse of Andamanese children by the welfare and medical staff on remote settlements, a matter on which it is extremely difficult to gather information because of official secretiveness,” wrote Mukerjee and Giles in the introduction to their paper.