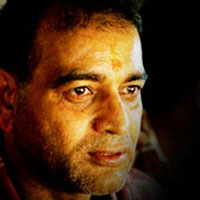 Sansar Chand, the notorious poacher held responsible for the killing of tigers in Sariska wildlife sanctuary in Rajasthan, has been set free. A city court in the Tis Hazari district court of Delhi passed an order on July 16, saying the law relating to organised crime cannot be applied against Chand. He was arrested by Delhi police in 2005 and has been in jail since then.

Chand had challenged the charges made out against him under the Maharashtra Control of Organised Crime Act of 1999 (MCOCA) on technical grounds. MCOCA was invoked by the Central Bureau of Investigation (CBI) against Chand who was charged with around 20 cases in different parts of the country. Pramod Dubey, counsel of Chand explained that the supplementary complaint filed by CBI was invalid. Sansar Chand was nabbed by Delhi police in 2005 and an FIR was filed in Kamala Nagar police station in north Delhi. The case was then transferred to the state wildlife department which filed a complaint before the city court. As the court case proceeded, CBI intervened in the matter and invoked MCOCA by filing a supplementary complaint. CBI took Chand in custody.

“There is no provision under the law to file a supplementary complaint on a complaint which is already pending before the court. This makes the custody illegal,” said Dubey. On this ground, the court said that the supplementary complaint was invalid. In the pending case, there is maximum punishment of ten years and Sansar Chand has already spent eight years in jail. So the court set him free. Chand had already secured bail in all other cases under the Wildlife Act because of the lack of evidence.

Chand is known for running an extensive wildlife poaching racket and killing hundreds of tigers and other wild animals in many parts of the country. He was nailed by Delhi police in the Sariska reserve in the middle of 2005 through the testimonies of other poachers arrested in connection with the killing of tigers in the reserve. He was then handed over to CBI.