Its growing population and exposure to storms make it vulnerable 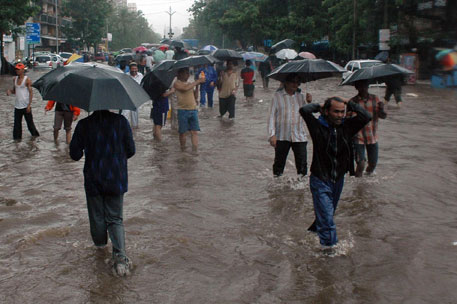 Located on the banks of the Hooghly river, Kolkata, has been found to be one of the world’s most flood-prone coastal cities. Its growing population and exposure to storms make it an easy target, according to a study by researchers from the Netherlands and the UK.

The findings are based on a new method to calculate the flood vulnerability of cities called the coastal city index. The index can also help pin down cities which are most vulnerable to climate change. 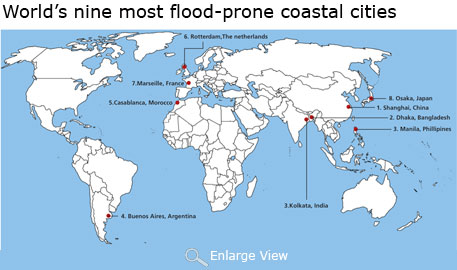 It takes into account 19 factors which includes three most important hydro-geological factors that influence climate change—sea-level rise, cyclones and storm surges. It also considers socio-economic factors like how many culturally significant sites (like museums) are at risk of damage in the event of a flood and politico-administrative factors like the availability of flood hazard maps and whether the flood protection methods are in place. Experts say the three categories are inter-dependant. For example, excessive human activity can cause soil erosion, making a place geologically more vulnerable to floods. 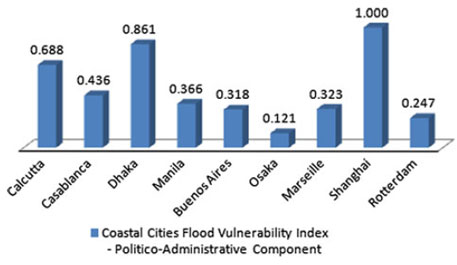 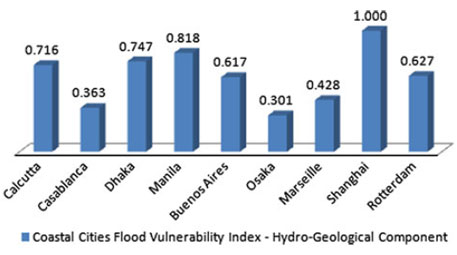 Shanghai, the commercial hub of China was found to be the most vulnerable. This is because Shanghai is prone to a vast number of storm surges every year, humongous volumes of water are brought in by the Yangtze river and the city is also sinking due to sea-level rise. Dhaka came second. Kolkata and Manila were tied at third spot. Buenos Aires was fourth, Casablanca fifth, Rotterdam sixth and Marseille seventh. Osaka came last. The study was published in the latest issue of Natural Hazards. 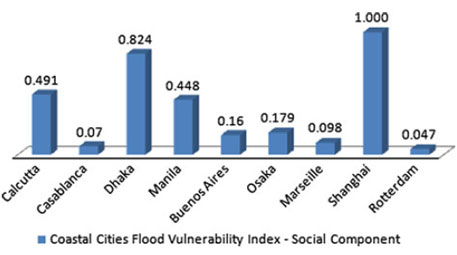 The researchers say the focus in this study has been on large cities in low-lying deltaic environments with soft sedimentary coasts (estuaries, lagoons, mangroves, dunes or beaches).  These cities face a double challenge –flood risk from river discharge and from sea-level rise due to climate change. 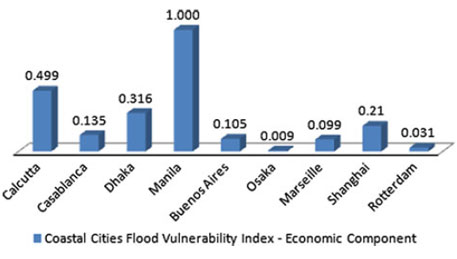 “The index can be used to identify the most vulnerable coastal cities, develop adaptation measures for them and assess the effects of future change scenarios,” researchers add.  These could be building embankments, making flood vulnerability map and creating warning system for cyclones and storms.