Similar to the one that caused flash floods in Kedarnath, says National Remote Sensing Centre under ISRO; Mana village residents asked to shift 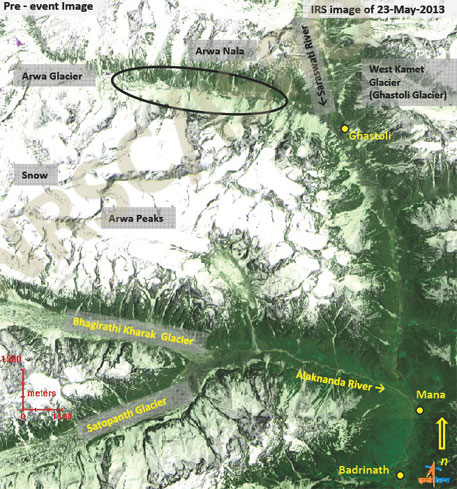 A report sent by the National Remote Sensing Centre (NRSC) to the Uttarakhand authorities has raised alarm over possible glacial lake outburst and flashfloods in Badrinath. The report says a lake, the dimensions of which are not yet clear, has formed above Badrinath. The lake is akin to the one formed above Kedarnath for a short duration which caused flash floods and brought debris down from the glaciers to the Kedarnath town all the way till village Rambara. If a similar event occurs near Bardrinath, which is situated at the mouth of the Alaknanda river, the village Mana is likely to face heavy damages as it will fall on the route of the water discharge. 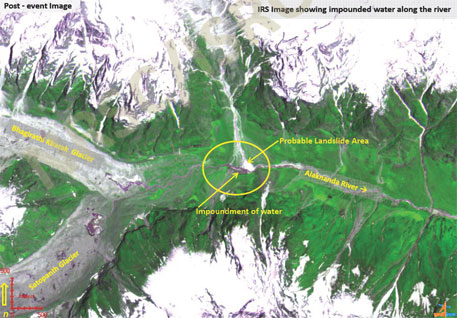 In the report—Monitoring of Glacial Lake in Bhagirathi and Alaknanda Basins—which was sent to the Disaster Mitigation and Management Centre (DMCC), Dehradun, NRSC said owing to heavy rainfall from July 5-8, a lake has been formed to the west of Badrinath and Mana village. The agency came to the conclusion after analysing satellite images of three dates—IRS images of May 23 and June 21, and RISAT-1 image of July 7.

In the normal course, Bhagirathi Kharak and Satopanth glaciers feed the Alaknanda river. The new lake, situated a little distance after the two glaciers merge (30°47'1.08"N; 79°/26'14.28"), will feed a huge amount of water into the river in case there is a breach in its boundary. 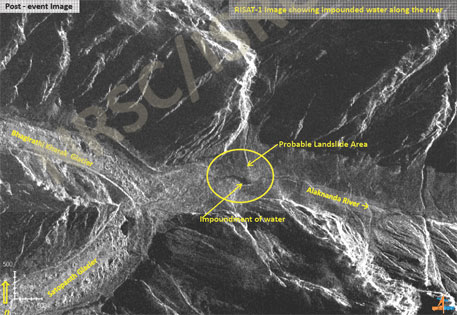 The site is also marked as the "probable landslide area" by NRSC. It will be a test for the thick wall that is meant to protect the Badrinath shrine from natural events like avalanches and floods.

Officials in the DMMC are confused about taking the report as a warning or mere information. In the absence of clear indication about probability of a boundary breach, they find it tough to take adequate precautionary measures. However, a warning was issued for the region and villagers at Mana have been asked to vacate houses and shift to safer locations.