Lakes do the disappearing act

Hyderabad once had more than 3,000 lakes in its urban conurbation. Today, only about 500 exist, according to the Hyderabad Metropolitan Development Authority(HMDA) data. In the first quarter of the 20th century, the city depended on Himayat and Osman Sagar, lakes now within city limits. But over time, reliance on them waned as lakes shrunk due to unchecked encroachments, particularly after the real estate boom of the early 1990s. Due to incessant discharge of untreated sewage, they turned into cesspools. Now, city authorities get water from a source more than 100 km from the city.

How water sources moved away from the city

“We have no choice because lakes are no longer a sufficient source, either in quantity or quality,” says Maheedhar Reddy, state minister for municipal administration and urban development. Besides, “there is massive pollution and encroachment of waterbodies in the city,” says Kumar Gupta, member (environment) of HMDA. At present, the authority is drawing conservation plans for a fifth of those lakes that officially exist.

According to officials in the Hyderabad Metropolitan Water supply and Sewerage Board (HMWSSB), 700-800 million litres a day (mld) of the city’s untreated sewage finds its way into waterbodies in and around Hyderabad. While most households in the core city area of 165 sq km have sewerage facilities, sewage generated from households located in the periphery areas discharge wastewater into open drains. “To bridge this gap, we have plans to enhance the sewage treatment capacity by 600 mld in the next few years,” says M Satyanarayanan, director (projects), HMWSSB.

Studies show that 3,245 hectares of lake area was lost between 1989 and 2001, says Anjal Prakash, executive director of Saciwaters, a Hyderabad-based non-profit. “Although research shows that majority of this loss is on account of encroachment, we plan to undertake a ground reality study to understand the extent and reasons for this loss better,” he adds. Research based on satellite imagery shows that waterbodies once covered 2.5 per cent of the city area. This has now reduced to less than 1.5 per cent.

“How else can you explain showers, say 10 mm, inundating parts of the city. Water has no place to go as land sharks have encroached lakes and their catchments,” said Jasveen Jairath, convener of Save Our Urban Lakes, a campaign front in Hyderabad. Jairath gives several examples, most notable among them being the Nadeem Colony where houses are built on the lakebed. “It is no surprise then that these homes get flooded each year,” she adds. 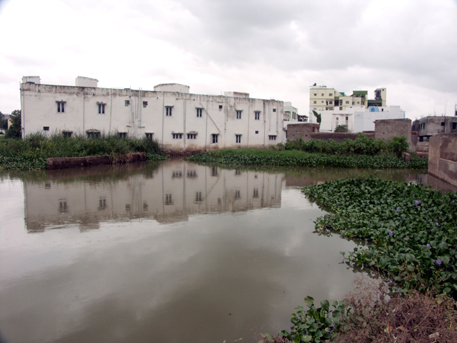 To prevent further encroachments, the Andhra Pradesh government formed a Lake Protection Committee in 2010 comprising officials from the concerned government departments. The responsibility to install full tank level stones was given to the revenue and irrigation departments in order to identify and remove encroachments. As per a 2010 government order, all constructions 30 metres from the full tank level must be removed. But companies continue to disregard such orders. “We are campaigning against this blatant defiance of law,” says Jairath. 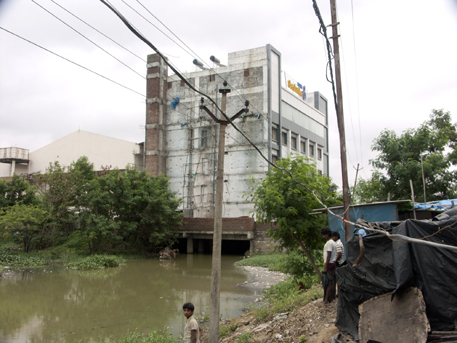 In many cases, construction work is on within no-go zones. “Around Ganga cherevu (lake) in Miyapur, land 10 metres from the marked stones has been excavated and is being de-saturated by pumps round-the-clock for an apartment complex,” says Bhaskar Reddy. He has filed a case in the high court to save the lake. Despite the heavy rains in August, says Reddy, the lake did not spread because the bund was deliberately damaged to prevent water from accumulating. The irrigation department, in cahoots with the builders, often shift the stone blocks indicating the full tank level further in, he added. Irrigation department officials refute this outright.

The committee has suggested that the size of the stones be increased so that they are not easily moved. In the last meeting of the committee, held in March earlier this year, it was decided to note the markings of the indicator stones in case of damage or removal. Nearly 150 lakes, according to the irrigation department officials, now have in place full tank level stones. The committee has not met since their last meeting, as the department is busy preparing for the Convention on Biological Diversity that will be held in the city from October 8 to 19.

There is consensus among committee members that the quality of lakes be monitored periodically and uploaded on its website. There is little clarity on who will monitor which lake and who will bear the cost. The irrigation department has said that 50 lake memoirs, detailing history and characteristics, will be prepared by the year-end.