It claims that 6 per cent of farm owners hold two-thirds of agricultural land in the continent, putting livelihoods of millions of small farmers at risk 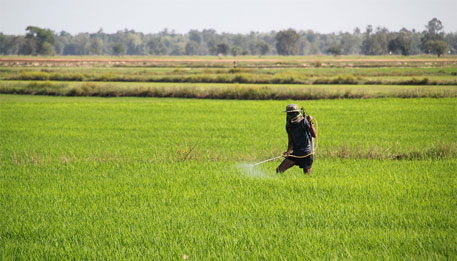 Asia is seeing high consolidation of land and land reform is moving in the opposite direction, says a report by Spain-based non-profit GRAIN. Only 6 per cent of farm owners control two-thirds of the continent’s agricultural land. These land owners are politically connected elites, as is the case in the Philippines, Cambodia, Malaysia, Pakistan, and Indonesia.

GRAIN works to support small farmers and social movements in their struggle for community-controlled and biodiversity-based food systems.

The report, released today, claims that changes in legislations in Asian countries support corporate land-grabbing, displace millions of farmers, undermine local food systems and, consequently, lead to violent conflicts. By GRAIN's calculations, the legislative changes have already led to the transfer of at least 43.5 million hectares of farmland in Asia from small farmers to agribusiness companies.

“As this concentration increases, one consequence is the eruption of conflicts over land throughout the continent,” the report states. “Peasant protests against land grabs have become a regular sight on the streets of major cities like Phnom Penh and Manila. The court systems in China and Vietnam are backlogged with thousands of rural land conflict cases. And militarised repression is a harsh daily reality in many places where communities are resisting land grabbing, from West Papua to West Bengal.”

The report analyses how traditional support systems of peasants and small farmers are now systematically being taken away by governments for large-scale corporate farming, dams, and other infrastructure projects.

The report says, “…The changes (in legislations) differ from country to country, but they are all designed to make it easier for companies to acquire large areas of land from small farmers….”