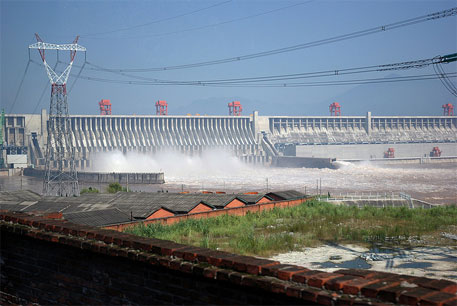 Geologists have warned of frequent disasters in the Three Gorges Dam region of China after a landslide destroyed the Lifengyuan Hydropower Station in Hubei province’s Zigui county in early September, reports Eco-Business, on online publication.

According to Fan Xiao, chief engineer to the Regional Geological Survey Team of Sichuan province’s Geology and Mineral Bureau, the region has already become disaster-prone. “The reason that this incident got so much attention was because it was the first in which a hydropower plant in the Three Gorges has been destroyed,” he told thethirdpole.net, a forum for discussion and analysis of environmental change in the river systems and watersheds of the Himalayas. He adds that 5,000 danger points—collapses, landslides, dangerous cliffs and banks—have been identified in the region.

Three Gorges Dam has a 600-km reservoir in the region, the water level and expanse of which change throughout the year. Disasters started from September 2008, when the reservoir was filled up to a depth of 175 metres. The Eco-Business report states that until July 2011, there were 272 disasters or near misses in Chongqing alone. The Three Gorges Dam is the world’s largest hydropower scheme, which took more than 12 years to build.

Xiao is not surprised by the destruction of the Lifengyuan Hydropower Station. He believes this is an occasional occurrence, adding that there is no way to count the number of hydropower schemes in the Three Gorges region. He points out that the large number of hydropower stations in China is because any level of the government—Central, provincial, county or village—can approve a power project.

At present, China has over 45,000 small hydropower plants nationwide generating over 51 gigawatts (GW) of power, with another 20 GW capacity under construction. Despite the associated risks, investments have not been hampered. Xiao Qianjun, manager of the destroyed Lifengyuan hydropower station, told journalists that hydropower is profitable and that he would invest in it again, despite the loss. “Hydropower is a reliable source of income, and we have got plenty of water. There’s no danger of us not earning money,” he said.