Economic costs of climate change will be around 2.5 per cent of annual GDP of Latin America and the Caribbean if temperature rises 2.5°C above the historical average, says new report 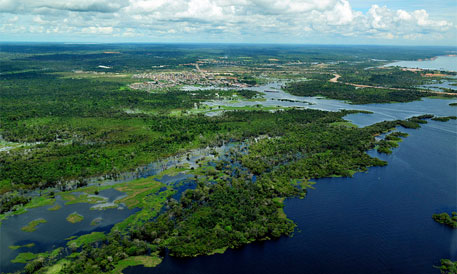 Latin America and the Caribbean region comprise more than 30 countries, including Brazil, Mexico, Argentina, Colombia and small island developing states of the Caribbean and Central American countries. The region has the highest degree of urbanization on the planet and has the fourth largest economy after the European Union, the United States and China.

“Preliminary estimates suggest that the economic costs of climate change will be around 2.5 per cent of Latin America and the Caribbean’s annual Gross Domestic Product (GDP), in the case temperature rises 2.5 °C above the historical average,” said Alicia Bárcena, ECLAC executive secretary, in the statement released in the context of the Climate Summit, which took place on September 23 at the United Nations headquarters in New York.

The report says that the region’s GHG emission represent nine per cent of the total global emissions, with an annual growth rate of 0.6 per cent between 1990 and 2011 (compared with 1.5 per cent worldwide), which is significantly low as compared to other regions.

“These estimates (which are probably conservative and could be raised in the future) reflect a range of differing figures for different sectors and time period… agricultural activities are especially sensitive to weather conditions and, hence, to climate change. The available evidence for Latin America and the Caribbean indicates that climate change will result in a net aggregate loss for agricultural activities over the long run. The projected losses in the agricultural sector will also have multiple effects, such as slowing progress towards poverty-reduction and food-security goals,” the study warns.

The report calls for greater adaptation to climate change. “The region is highly vulnerable to climate change because of the way its population and infrastructure are distributed, its dependence on natural resources, the importance of agricultural activity, and the length of its coastal areas-both along the Pacific and the Atlantic.” ECLAC has stressed that it wants the transition towards a new model of sustainable development with equality in the framework of shared but differentiated responsibilities.