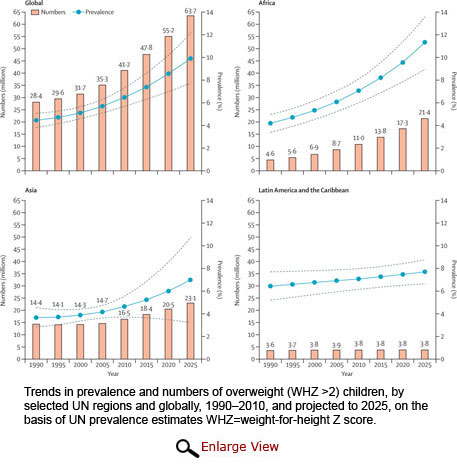 A Rs 400 LED bulb would be available for just Rs 10. Yes, that’s right, it's a steep discount of 97.5 per cent. And it is not part of any festival special megasale offer. It is part of a business model formulated by government’s Bureau of Energy Efficiency (BEE) and Energy Efficiency Services Limited (EESL, a joint venture of public sector companies of Ministry of Power) along with electricity distribution companies.

EESL would procure LED bulbs in bulk and sell them to households at Rs10. The electricity distribution companies will then repay EESL over a period of five to eight years from the savings that accrue due to use of this energy efficient lighting technology.

Light emitting diode or LED bulbs are emerging as the most energy-efficient source of lighting, with a LED bulb using only 1/10th as much energy as a normal incandescent bulb and half as much energy as a compact fluorescent lamp (CFL) to produce the same amount of light. The importance of it can be gauged from the fact that this year’s Nobel Prize in physics has been awarded to inventors of blue LEDs which made it possible to make white LED lamps.  If we compare an incandescent bulb, CFL and LED, the saving potential of LED bulb is significant.

BEE, which functions under the Ministry of Power, wants to make the best use of the energy savings potential of LED lights. Consequently, it has prepared a roadmap in close cooperation with the lighting industry with three major objectives:

(a) Ensure the quality and reliability of LED lamps;
(b) Reduce the price of LED lamps, initially through large-scale public procurement and then through a labelling programme; and
(c) Facilitate awareness and demonstration of this lighting through its technology.

Declining prices
EESL has already completed a number of projects to retrofit existing streetlights with energy efficient LED streetlights as well as a 750,000 LED bulb replacement project for households in Puducherry. The bulk procurement led to reduction of cost of LED bulbs from Rs 400 to Rs 310, inclusive of warranty.

Recently, in August this year, following the signing of MOU between EESL and government of Andhra Pradesh, EESL completed the procurement process of 2 million LED bulbs. Almost the entire lighting industry participated in the bidding and the lowest quoted price was Rs 204 per LED bulb. This was almost 35 per cent less than the Puducherry LED price and about 50 per cent lower than the price at the beginning of the year.

At a price of Rs 204 each, LED lamp is just 30-40 per cent costlier than CFLs. As compared to CFLs, LEDs are 50 per cent more energy efficient. What’s more these do not use toxic mercury as is the case with CFL. Also, the life of an LED lamp is four to five times more than that of a CFL, and, therefore, it is a cheaper option on life cycle cost basis.

How do discoms pay back?
Although the discount is steep, the discoms will be able to pay back from the savings resulting from the use of LED lighting, explains Venkatesh  Dwivedi, senior manager technical with EESL.  “The use of energy efficient lights is going to bring down the net load of the discoms.  This makes more power available with the discoms which can be used to supply to commercial and industrial establishments, thereby, increasing revenue.  Also, during the evening, when there is steep rise in power demand, which mainly constitutes lighting load, it would get reduced.  Hence discoms would save on costly power which they have to buy from power exchanges during peak hours.  Moreover, as the net demand is less, the transmission and distribution losses are also reduced.”

Promoting demand and awareness
A barrier of use of LEDs in household sector is the lack of standardisation and awareness. BEE will now be launching a labelling programme, coupled with an outreach and awareness campaign, to drive up the LED demand significantly. The present demand of incandescent lights and CFLs is more than 1.1 billion units every year.

Increase in domestic demand would further reduce cost of LED bulbs with larger production capacities getting created in India. Also, along with standardisation and awareness generation, bulk public procurement could also spur demand and lead to price reduction in an accelerated manner.

BEE is simultaneously promoting demand for LED bulbs and for LED streetlights by providing financial support to all states to set up demonstration projects to highlight the lighting quality and energy savings of this technology. Further, in order to enhance demand for LED bulbs, the Ministry of Power has decided that henceforth all bulbs provided to below-poverty line households at the time of connection, estimated to be about 3.4 million, under the Rajiv Gandhi Grameen Vidyuthikaran Yojana (RGGVY) would use LED technology. At the same time, a number of electricity distribution companies have also entered into agreements with LED manufacturers for the supply of LED bulbs at preferential prices to their consumers.

All lighting manufacturers have established manufacturing facilities for LED-based lighting system in India, and have started training programmes for lighting engineers and demonstration programmes in various buildings to showcase this technology.

“The objective of this scheme is to mainstream the use of LED for lighting and to make rapid shift to more efficient lighting technology” says Venkatesh.
Although until now only Puducherry and Andhra Pradesh have seen some progress in mainstreaming use of LEDs, other states would be covered in due time as per the interest being shown by respective state governments and discoms in the states.