I have been a diabetic for the past 45 years and have constantly looked for substitutes of sugar. The search led me to stevia, the zero-calorie natural sweetener.

In 2002, I came across an article in a leading newspaper which claimed an investment of Rs 10 lakh is needed in the first year of cultivation of stevia shrubs and Rs 1.87 lakh from the second year onwards. Eight years have gone by and the stevia industry in India is yet to make headway. Due to the absence of research on stevia plants in India, clonal material is perhaps imported and tissue-culture plants are raised. The cost of such plants can be high unless the government subsidises it.

The Japanese have been using stevia for over 40 years and countries like China, Korea, Taiwan, Thailand and Malaysia are following suit. Japan has even banned use of synthetic sweeteners.

The article ‘Sugar free’ (October 1-15, 2010) pinpointed that there are no processing facilities for stevia leaves. This might be a limiting factor in increasing the area under cultivation—around 1,800 hectares, at present. Big companies like Zydus Cadila that claim stevia has a leafy after-taste need to check with Japan, China and several other countries how they manage. Have they ascertained the quality standards of these countries and can they not import their technology?

The India Stevia Association needs to pressure the government to recognise the high value stevia has for several patients.

Stevia was introduced in Mauritius two years ago, but we are still trying to convince people about its qualities.

Many diabetes patients have started using it; however, there are still many who hesitate because they are not sure of its health effects. Mauritius’ climate makes it difficult to grow stevia in large quantities. Extensive measures need to be adopted to drive home the importance of nature’s sweetener.

Labels on various creams in the market claim they can turn dark skin fair. A soap maker claims his product can fight germs courtesy its antiseptic properties. On what grounds do the manufacturers make such statements? What are the long-term effects of these products? An in-depth investigation is needed.

Running an engine on compressed air is not a new concept (‘40 km for Rs 5’, September 1-15, 2010). Since the 1960s, rock drills have been using compressed air to move on the hills. Like the bike engine described in the article, a rock drill also requires a vane to get a rotary motion. The vane gets powered by a diesel-run air compressor which can be stationed half a kilometre away from the work site.

Similarly, a bike engine requires an air compressor running on electricity or diesel. This does not make it a cheap option as mentioned in the article. The option of generating compressed air by pedaling is not commercially viable. I wonder why engineering institutes float such ideas. If it is for hogging the limelight, then they need a reality check.

The editorial ‘Control your food. It is your business’ (October 1-15, 2010) raises a fundamental question: Has enough work been done to document information on traditional agricultural practices and food? If yes, can they be preserved for posterity?

The health community’s knowledge of traditional foods and methods of cooking has lost relevance because of the new style of agribusinesses discussed in the column.

Advertisements do not mention the ill-effects of the industrially processed food.

The situation, however, can be tackled. Ayurveda has useful information about food. More efforts should be made to amplify its importance both to households and lobbyists who promote interests of food processing industries. Retaining the recipes handed down by the elders is another way of preserving culinary traditions. 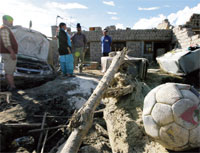 The public does not fully understand what a cloudburst is (‘Warning from Leh’, September 1-15, 2010). Some think global warming is the culprit. For some, it is the change in direction of monsoon winds. Others blame glaciers for the catastrophe. A satisfactory explanation is needed.

The Central government has always used northeastern states to fulfil power requirement of northern India. Accordingly, development in Assam has been neglected (‘Downstream impact’, October 1-15, 2010). The sanctioning of numerous hydro-electric projects in Arunachal Pradesh will worsen the problem. Besides destroying agriculture, the projects will risk the lives of thousands of residents living downstream of river Subansiri. It is time the government changed its perspective and treated states as equal. 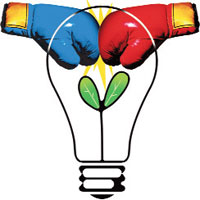 As per my knowledge, subsidies related to domestic consumption are legal under the World Trade Organization (WTO). Any company can bid for a Canadian project if it manufactures there.

China is doing the same, but a little differently. It is subsidising companies that are primarily focused on exporting green energy. This is putting foreign companies at a disadvantage, which is illegal under WTO. 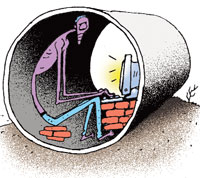 The Internet is yet to reach many parts of India. Even if net connections are available in cities, the poor cannot afford them (‘Broadband for the poor’, October 1-15, 2010).

Government should streamline the connection cost. The maximum charge per month should not be more than Rs 100. In fact, it should be made free for all citizens from 9pm to 9am.

On the one hand we bemoan the dwindling number of youngsters choosing science as a career option, and on the other we have role models among leading scientific agencies who let a plagiarised report pass to justify re-introduction of Bt brinjal. This is a serious issue. What standards are being set? How is objectivity and scientific rigour in decision-making with respect to food security being built? 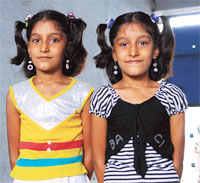 Umri village in Allahabad district with 120 twins is a wonderland (‘Double take’, September 1-15, 2010). In our country, having twins is like having a special touch of healing. Instead of leaving the residents to suffer, a corporate can adopt the village.

The government should provide healthcare and education. It should also study the reason so many twins are born in the village.

Wildlife and people cannot coexist. Some relocation efforts mentioned in ‘Relocate sensibly’ (August 16-31, 2010) have failed due to inefficient administration. Tribals want to leave jungles but have apprehensions about life outside forests. Education can allay their fears.

This is with reference to the article ‘60 people battle giants’ (February 1-15, 2010). We live in a sevenstorey building in Kochi. There are 10 mobile towers within 500 metres of our flat—the nearest two within 30 metres, their antennas facing our houses.