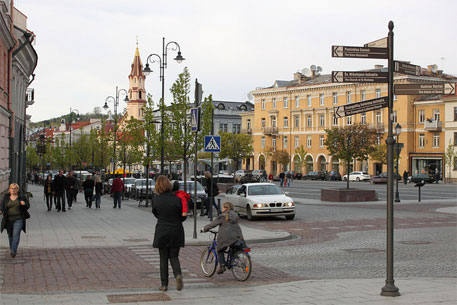 Lithuania, Latvia and Russia have emerged as the top three countries in the Environmental Democracy Index (EDI) for enacting laws that promote transparency, accountability, and citizen engagement in environmental decision-making.

The index, launched by US-based research organisation World Resources Institute and the Access Initiative, evaluated environmental law-making in 70 countries. Laws and practices in these countries were assessed by more than 140 lawyers and international experts.

The United States, South Africa, the United Kingdom, Hungary, Bulgaria, Panama and Colombia also made it to the top 10. India was ranked 24th, with an above average score of 1.65, while China was ranked 39th, just below average. Among African countries, Kenya and South Africa scored above average, but Tanzania, Uganda, Nigeria and Ghana were below the average mark.

The index found that five of the top 10 countries were signatories of the 1998 Aarhus Convention which requires countries to provide everyone with the right to access environmental information and participate in environmental decision-making.

While 93 per cent of all 70 countries have established the right to environmental information, almost half of them have not ensured that access to such information is affordable and timely. The index also found that most countries performed poorly when it came to laws on public participation.

“With a number of critical moments in environment and sustainability in 2015, advancing good governance and environmental rights are essential. This index is a powerful lever that will help governments to become more transparent and ordinary citizens to advocate for more rights,” said Mark Robinson, global director for governance, World Resources Institute, in a press release.

The index also helps assess environmental laws and rights being enacted on the ground.