Little to show for crores of rupees spent

Inefficient use funds, not lack of resources, is responsible for the failure of scientific departments to meet their targets, says a recent CAG report. 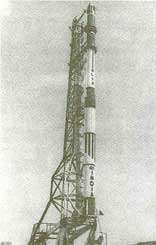 MANY OF the nation's premier scientific establishments have utilised government funding poorly and failed to meet their 1991-92 objectives, complains the office of the Comptroller and Auditor General (CAG). The CAG report, placed before Parliament on May 7, made its complaint on the basis of an audit of the working of 14 institutions under the control of the Union government, some of them in the Prime Minister's direct control.

Dispelling the plea that inefficiency is because of shortage of funding, the report pulls up the department of space (DoS) for not using material acquired during 1975-82 for its satellite launch vehicle (SLV) project. The project was completed in 1983, but about 1,200 items worth Rs 69.88 lakh are lying unused.

Some of the reasons given for wastage of government funds border on the farcical. For example, the department of ocean development (DoD) released Rs 51.50 lakh in 1989 to the National Geophysical Research Institute (NGRI) to set up an advanced spectroscopic facility for ocean research. But the project director resigned in November 1990 and the project was abandoned seven months later as no suitable replacement was found. The report says equipment worth Rs 18.40 lakh, bought for the project, is languishing in a dump.
Referring to larger institutional failings, the CAG report asserts that "coordination between the Central pollution control board (CPCB) and the state pollution control boards was not effective". Under various pollution control acts, CPCB was to lay down air and water quality standards, but these have yet to be framed. Instead, CPCB directed its energies towards setting minimum national standards for effluents and sewage discharge, which were later put under the purview of state control boards.

The report highlights the Indian scientific establishments' failure to develop links with industry. For example, the report says, the Indian Institute of Petroleum (IIP) was unable to raise the designated proportion of funds through consultancies and other private sector projects. "The IIP," notes the report, "was able to generate only up to 17 per cent of external funding, as against 30-40 per cent required under Council of Scientific and Industrial Research guidelines."

Officials from the flayed departments are understandably reticent about the report's findings, but a number of scientists, including Rajya Sabha member and former science and technology minister M G K Menon, insist that "auditors do not always have a clear understanding of scientific research". Concurring, former University Grants Commission chairperson Yash Pal emphasised the accountant's norms "cannot be the same for assessing productivity or efficiency" in scientific research. "Additional expenditure and time over-runs will have to be allowed for," he added.