Viral agents of dengue and measles could also be responsible 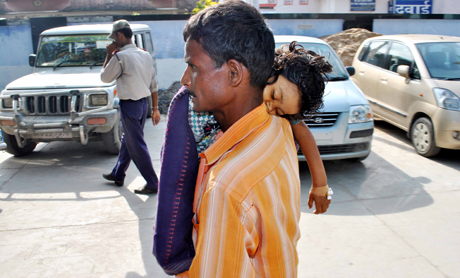 Lychee may be the culprit causing acute encephalitis syndrome (AES), which affects children in north India between April and July, according to a study. The chemicals and substances that the fruit carry are similar to those found in Jamacian fruit, ackee, which is the cause of a childhood (under 15) acute encephalopathy disease called Jamaican vomiting sickness (JVS).
There is no conclusive evidence for what causes AES. Though there have been theories linking the disease with lychee, a new scientific study insists on the link. Researchers say there is an overwhelming evidence to establish the link and the government should start treatment modalities accordingly.

The paper, published in May 10 issue of Current Science,   states that clinical features of ackee poisoning and Muzaffarpur AES are similar. This includes early morning onset, encephalopathy, hypoglycemia and high case fatality. A toxic substance methylenecyclopropyl- alanine (MCPA), also called hypoglycin A, is present in unripe ackee, whose consumption leads to depletion of glucose levels in the child's body. Since brain cells require constant supply of glucose, this depletion triggers abnormalities in brain too. A variant of hypoglycin A, namely methylenecyclopropyl-glycine (MCPG ), is found in lychee and its consumption reduces glucose levels in the body.

Muzaffarpur district of Bihar, where the disease spreads in epidemic proportions, is one of the leading districts producing lychee, which is grown from April to June. In 2013, T Jacob John, virologist and pediatrician from Vellore and Mukul Das of Indian Institute of Toxicology Research, Lucknow, visited the district and held extensive conversations with healthcare personnel, parents and family members and neighbours of the AES affected children.

Read more about AES in India

The authors concluded that lychee consumption can be directly related to AES in the district. They have proposed to the state health ministry to test the hypothesis in 2014 lychee season.
Another study, recently published in the journal Epidemiology and Infection, shows that in some cases of AES in Jharkhand and Odisha, the viral agents (parasite that causes the disease) were that of dengue and measles. Experts from Regional Medical Research Centre (RMRC) and School of Biotechnology of Kalinga Institute if Industrial Technology, Bhubaneshwar, carried out the study in four tertiary-care hospitals in Bhubaneshwar and Cuttack, both in Odisha. Over 16 per cent cases were found to be caused by viral agents identified to be herpes simplex virus (HSV) while another 2.6 per cent cases were by measles. Similarly, Japanese encephalitis virus caused 1.5 per cent cases followed by 0.57 per cent by dengue virus.