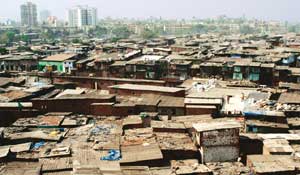 Maharashtra's draft state housing policy (dshp) is ready. Chief minister Vilasrao Deshmukh announced it on November 1, 2006. Prepared in a record three-month period by a taskforce headedby the state chief secretary, this is the first-ever housing policy for Maharashtra and is in consonance with the Centre's National Urban Housing and Habitat Policy 2005 with the goal of "shelter for all".

Acknowledging the fact that real estate boom and easy availability of finance has not translated into affordable housing for the economically weaker sections and lower- and middle-income groups, the dshp proposes to bring in "competition", "reforms", "public-private partnership" and "liberalisation" in the housing sector to create surplus housing stock. dshp is open to public comments till December 31, after which it will be presented to the state assembly.A few important provisions of dshp are as follows

• Encourage special township schemes outside the limits of Municipal Corporation of Greater Mumbai by raising the floor space index (fsi) from 0.5 to 1. fsi is the ratio between the built-up area and the size of the plot; the higher the fsi, the higher the number of floors.

• Housing sector regulatory commission be set up within a year

While there is a feel-good factor about dshp, it is, however, the first impression. It fails to address key issues.
Maharashtra is one of the most urbanised states in India. According to the 2001 census, while 27 per cent population live in urban areas in India, in Maharashtra, the figure is as high as 42 per cent. In Mumbai, about 54 per cent population live in slums, 16 per cent in dilapidated buildings and the rest 30 per cent in satisfactory housing stock. Mumbai is expected to be short of four million houses by 2013.

Experts feel dshp fails to understand the complexity of these statistics.V K Pathak, former chief planner with Mumbai Metropolitan Region Development Authority, says in his recent article, Fill in the blanks policy, that the housing policy should have had

• Assessment of the present status and future trends in housing

• Analysis of the housing market

• Factors inhibiting the expansion of the market

• A monitoring mechanism that evaluates outcomes and provides feedback.

"The dshp does not contain these," Pathak says. According to him, the human settlement study proposed in the draft should have been made before the draft was framed. "How could the policy be framed without carrying out such a crucial study?" Pathak wonders.

Setting up of the housing sector regulatory commission, as proposed in the draft policy, is a welcome step but since the policy does not divulge any details about the commission, urban planners fear it may become "another layer of bureaucracy". Even the proposal to sell flats on carpet area basis alone is nothing new because it has been happening since the enactment of the Maharashtra Ownership of Flats Act, 1963.


Maharashtra plans to rehabilitate 25 per cent of slum dwellers across the state within three years. Mumbai alone has about 13 lakh slum-households and to meet targets would mean constructing one lakh houses every year for three years. This translates into a public outlay of Rs 3,000 crore annually, but where is the money? In his article, Home truths, lies and red tape, senior environment journalist Darryl D'Monte says that the 'Dharavi model' being promoted by the draft policy for redevelopment of slums offers a fsi of 4 against the present 1.33 fsi. But such schemes have failed earlier because slum dwellers cannot afford monthly maintenance charges of a high-rise building. Besides, the Dharavi redevelopment scheme is yet to take off (see 'Simmering', Down To Earth, November 30, 2004). Urban planners have raised alarm against the proposed increase in fsi from 0.5 to 1 in areas outside Mumbai municipal limits warning these too would turn into concrete jungles. D'Monte says that this move "makes a mockery of earlier initiatives to keep such areas as a green belt around the burgeoning metropolis".

The builder lobby is happy with the draft policy. But, they would be happier still if an additional fsi within Mumbai was included (see box tdr windfall). The Confederation of Real Estate Developers Associations of India has submitted a list of action points. Among other things, it has demanded "all building and layout approvals to be provided within 15 days along with other sanctions at one office of the local planning authority and no consent of slum dwellers or tenants for redevelopment of property; and repeal of ulcra". Obviously, for more gains.