Yet to implement environment ministry’s order on the project 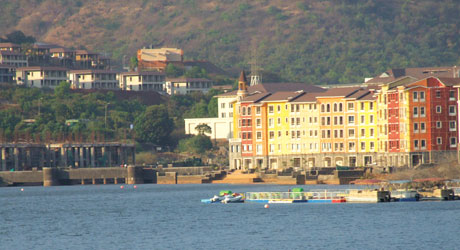 THE Maharashtra government seems to be dragging its feet over imposing sanctions on the developers of the country’s first planned hill city. The Union ministry of environment and forests (MoEF) had sent a letter to the state environment ministry on June 10 directing it to take action against Lavasa for violating environmental norms. But the state officials sent the letter back last week seeking clarifications.

In the letter, MoEF said that of the 2,000-hectare (ha) project near Pune, development on 681 ha was in progress without any clearance. It reiterated that Lavasa would have to meet five pre-conditions if the project is to be cleared. After receiving the letter, the state asked the department of law and judiciary for suggestions, but in vain. Finally, it sent the letter back to MoEF. “We have asked for clarifications since the actions to be taken were not clearly mentioned,” says Valsa Nair Singh, the state environment secretary. Y P Singh, a lawyer, says there is no need for a clarification. “Under the Environment Protection Act, there is no provision to seek clarification from MoEF on matters related to exercise of statutory actions,” says Singh.

The state’s failure to understand the letter became public when the Bombay High Court was hearing a petition filed by the hill city project developer, Lavasa Corporation Limited, on July 11 (see ‘MoEF letter’ on www.downtoearth.org.in). The petition challenged an MoEF order issued in November last year. The ministry had ordered to maintain status quo at the project site as it was undertaken without clearances (see ‘Lavasa exposed’, Down To Earth, March 15, 2011). During the hearing, the company said it cannot accept the conditions as it would amount to admission of guilt.

“We have worked as per the approvals granted by the state,” it said, adding, “we have informed MoEF the conditions are not acceptable to us.” The pre-conditions include credible action against Lavasa by the state and a board resolution that Lavasa will not repeat the violations. “MoEF has not assured that the clearance would be granted after complying with the conditions,” points out Lavasa counsel Shekhar Nafade. During the hearing, Naphade also urged for a clarification if the MoEF letter was an order. Additional solicitor-general Darius Khambata, appearing for MoEF, confirmed the letter was indeed the final order. Vishwambhar Chaudhari of National Alliance of People’s Movement says the entire exercise to get clearance is futile. “The state will have to follow MoEF’s directives.” The next court hearing on Lavasa is scheduled on July 29.