Maharashtra to shut almost 14,000 schools with less than 20 students

While the state government aims to cut costs, children in remote tribal areas will be most affected 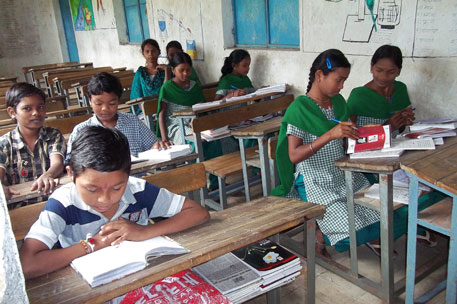 After repeatedly putting off a decision on the matter, the Maharashtra government has finally decided to close down some 13,905 schools which have a student count of less than 20. Notices to this effect have already been sent to education officers in the state. Officials in the state’s Directorate of Primary Education say that preparations are under way to derecognise these schools.

The decision will impact the most vulnerable sections of population in the state – tribals and other poor people living in remote areas – whose children are heavily dependent on these single-teacher schools for primary education. While state director for primary education, Mahaveer Mane, has said that all children impacted by the closure will be admitted to other schools nearby, groups working on ‘Right to Education’ doubt whether it is possible under RTE norms.

“RTE specifies that if one village or hamlet has less than 20 children, then the government must provide for primary school-going children to be admitted to a school that is located within 1 km in hilly areas and 3 km in the plains,” says Yogini Dolke of Srujan, a non-profit that works on RTE issues among the highly vulnerable Kolam tribe in the Yavatmal district of Maharashtra. “The government decision, which, officials claim, follows RTE norms, does not make it clear if it is possible to follow this RTE criterion for all the schools closed,” she says.

Dolke informs that while the number of primary schools in the interiors of the state has certainly gone up since 2010, the number of tribal hamlets which have a school within 1 km is not very high. She gives the example of the hamlet Rengapol in the tribal-dominated Jhari Jamni taluka of Yavatmal district. “The primary school in this hamlet does not have 20 students. If the school is shut, children as young as 5 or 6 will have to walk 1.5 km across thickly forested hills to get to the nearest school in village Mulgawhan,” she says.

Dolke explains that when schools in such small hamlets close, parents initially make efforts to get their children admitted to other schools. But if the distance proves too great, children are withdrawn from school and return only when they are old enough to travel the distance. This results in them being too old for the class from which they dropped out.

“Parents also try to get children admitted to ashramshalas or residential schools meant specifically for children in tribal areas,” says Dolke, “but the number of seats in ashramshalas is not sufficient for all the children impacted by such closures. Therefore, dropouts will occur.”

Government sources reveal that the decision has been taken because the cost of running schools with less than 20 students is not feasible. Implementing schemes like the midday-meal programme and maintaining a sustainable teacher-student ratio are also difficult due to the rise in costs. Studies by Pratham, a respected non-profit in the area of education, have also revealed that the per child cost of education rises to unsustainable levels in schools with less than 20 students.

People’s groups, however, argue that the problem is with the education policy that has no space to accommodate the inevitable rise in per child cost of education in sparsely populated areas. “In such areas, the per head cost inevitably rises in every government welfare scheme. But closing schools is not the correct option,” says Dolke. She thinks the government must frame policy provisions to bear this extra cost.

Meanwhile, the work of acquiring data of schools with less than 20 students has already begun. Children from these schools will be transferred to other schools before they are closed.