Autonomous councils in the Northeast are the reason why people there did not lose access to land and forests, says Virginius Xaxa, head of recently constituted high level panel to map status of tribal people across India 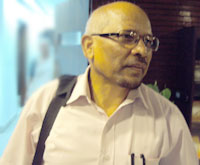 A new governance model is required to uplift the socio-economic condition of tribals in mainland India, says Virginius Xaxa, chairperson of the high level committee which was constituted recently by the Central government to map the status of tribal people in the country. Xaxa says a governance regime on the lines of the Sixth Schedule of the Constitution, applicable in the north-eastern states, is the need of the hour for areas under the Fifth Schedule as well.

“The provisions of the Fifth Schedule of the Constitution or the successive laws like Panchayat’s Extension to the Scheduled Areas Act (PESA) or Forest Rights Act do not empower the mainland tribal communities to govern the territories beyond their villages,” says Xaxa. Village is a very small unit. It doesn’t empower them enough to protect their interests. They need to have autonomous councils on a larger scale, maybe at a district level, so that they have the leverage to protect themselves and their resources, he adds.

Comparing the status of tribals in the Northeast and the mainland India, he says unlike the autonomous councils in the Northeast, the Fifth Schedule does not provide any space for the tribals to learn governance. “This is the reason why people in the northeast did not lose access to natural resources such as land and the forests. Land alienation, displacement and loss of access to natural resources, on the other hand, have been maximum among the tribals of the mainland,” he says.

When asked if such provisions will not hamper the integration of tribals into the mainstream, Xaxa says, “integration”, as the country's leadership sees it, has no meaning if it produces miserable impact, he says. “As they see the tribals of Central India are more tightly integrated than those in the Northeast. But for everything the government has provided to them they had to lose something bigger. Indian state is in a process of exchange with the tribals. I would rather call it aggressive assimilation and not integration. Tribals in the North-East, though not as integrated, are better off,” he adds.

Xaxa, who heads the Tata Institute of Social Sciences campus in Guwahati, has taught in the Northeastern Hill University (NEHU) and Delhi School of Economics. He originally hails from Chhattisgarh. Recently, he was inducted into the National Advisory Council (NAC), headed by UPA chairperson Sonia Gandhi, that guides the government on policy matters. Xaxa, adds, these are his personal views and he won’t impose them on the high level committee’s functioning (one would hope his views find place in the discussions at least).

The Constitution of the high-level committee was announced on August 17 by the Prime Minister’s office. It is mandated to prepare a report on the socio-economic, health and educational status of tribal communities of India within nine months on the lines of the Sachar Committee that mapped the status of Muslims in the country during the UPA-I regime.

While the terms of reference of the committee mainly talk about assessing the current socio-economic, health and educational status of tribals and suggest policy initiatives to strengthen public service delivery to STs, the critical issues of governance in tribal areas and the relation of tribals with the natural resources such as forests and land find little mention in the terms of reference. Xaxa, however, clarifies that these issues will be taken care of when the committee will look at whether protective legislation such as the Prevention of Atrocities Act, Panchayats (Extension to Scheduled Areas) Act, the Forest Rights Act and the food security law, are being implemented effectively, which is one of its mandates.

The committee members are expected to meet the tribal affairs minister V Kishore Chandra Deo on August 29 before officially starting their work. The issue of tribal development is also expected to be raised in Parliament on Friday.