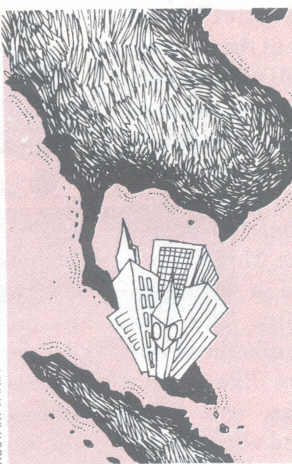 The futuristic metropolis will be built on 4,400 ha of land 35 km south of Kuala Lumpur and will cost approximately us $8 billion to build. An interesting feature of the new city will be that cars would not be allowed to ply its roads. Instead, tramways, ferries and a transit rail will be used for transportation.

The federal capital will form a triangle with Kuala Lumpur and the new Kuala Lumpur International Air- port. Housing a population of 250,000, it will contain a commercial centre, cultural arena, sports and recreation- al facilities and museums, art galleries and government buildings. The latest in satellite technology, which will be installed in the triangle, will "allow Putrajaya to become an information hub that is dynamic in trade and international telecommunications," said Mahathir.