India performs well on under-5 stunting, but sanitation continues to be the biggest stumbling block 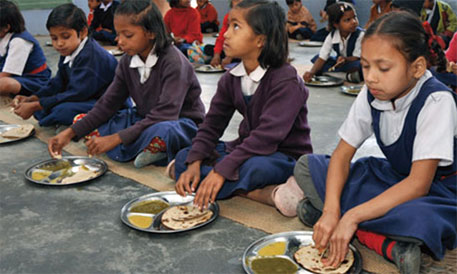 Global Nutrition Report 2014, the first annual report that studies the progress made by 193 member countries of the United Nations on their nutrition status, was released on Thursday. The report says that sustainable development depends on the country’s ability to ensure nutrition for its adults, women of childbearing age and children. Malnutrition leads to a loss of 11 per cent of gross national product on account of deaths due to malnutrition, less learning in schools, less earning at the workplace and days lost to illness, according to the report. 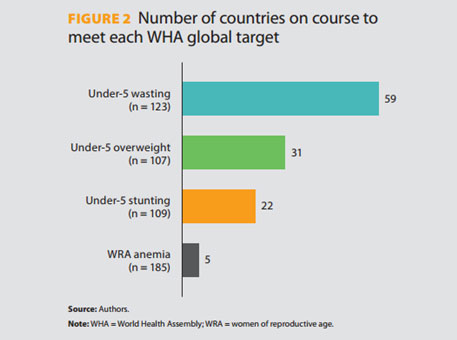 Status of nutrition in India

The report says that the country is making faster improvements in WHA indicators than currently assumed. Preliminary data suggests that number of stunted children under 5 has already decreased by more than 10 million.

It also highlights the case of Maharashtra which managed to reduce child stunting from 36.6 to 24 per cent in only seven years. It attributes this performance to a combination of nutrition-specific interventions, improved access to food and education and reductions in poverty and fertility.

The report compares the 2013-14 Rapid Survey on Children, a national survey based on data being collected by the Ministry of Women and Child Development, with the WHO’s global database on malnutrition of 2005-06. It finds that India has exceeded its WHA target for breastfeeding for 2025 by four per cent. If the preliminary numbers hold, the report estimates that India will have far surpassed its WHA exclusive breastfeeding target by 2025.

India is among the 31 countries that are on course towards reducing the number of overweight children under 5.

At the same time, India is among the 21 countries with the lowest coverage rate for its iron-folic acid supplementation programme. India, besides Bangladesh, has a low geographical coverage rate for its programme to treat severe acute malnutrition. Sanitation is the biggest constraint that makes India vulnerable to undernutrition, according to other data mentioned in the report.

Right to food and nutrition watch 2014: ten years of the right to food guidelines - gains, concerns and struggles