Plastic remnants have been found in the stomach of small fish, seabirds, turtles and sperm whales which abound its waters 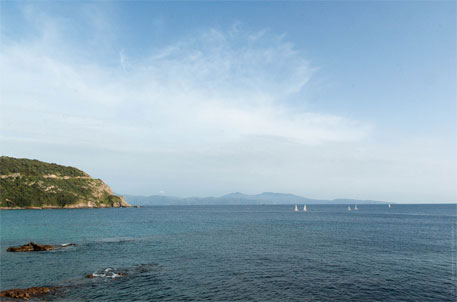 Accumulation of plastic in the Mediterranean Sea has become a cause for concern, according to scientists.

A recent study published in Plos One, a scientific journal, found the sea to be a “great accumulation zone of plastic debris”, which is affecting marine life. Plastic remnants have been found in the stomachs of small fish, seabirds, turtles and sperm whales. Recently, nanoplastic particles (in the order of tens of microns in size) were found in significant amounts in oysters and mussels cultured on the coasts of northern Europe. Large buoyant plastic objects (bags, bottles) have also been found on the Mediterranean seafloor.

“We identify the Mediterranean Sea as a great accumulation zone of plastic debris,” Andres Cozar of the University of Cadiz in Puerto Real, Spain, and one of the study authors, was quoted by the BBC as saying.

“Marine plastic pollution has spread to become a problem of planetary scale after only half a century of widespread use of plastic materials, calling for urgent management strategies to address this problem.”

The Mediterranean Sea is both biologically and economically rich and plastic pollution has become a hazard. It harbours between 4 per cent and 18 per cent of all marine species; and fishing industry, aquaculture, maritime transport and coastal tourism are key sources of income for the Mediterranean nations, according to the study.

The Mediterranean Sea shores house around 10 per cent of the global coastal population and its basin constitutes one of world´s busiest shipping routes.

Plastic debris in important oceans
Besides the Mediterranean, there are other “great garbage patches” found in oceans around the world. The Great Pacific garbage patch in the North Pacific Ocean is a gyre (rotating ocean current) made of marine debris. Plastic has also been found in the Bay of Bengal, South China Sea and Barents Sea in the Arctic Ocean, the study says.

According to a United Nations Environment Programme (UNEP) report, millions of tonnes of plastic have entered our oceans. Marine pollution has both economic and ecological implications. Plastic debris is harmful for seabirds, fish and marine mammals. It can cause damages to fishing vessels and enter the human body through the food chain.

Microplastics
Small particles of plastic, also known as microplastic, were largely found in the Mediterranean Sea (more than 80 per cent).

“Given the biological wealth and concentration of economic activities in the Mediterranean Sea, the effects of plastic pollution on marine and human life could be particularly relevant in this plastic accumulation zone,” Cozar said.

However, it is possible to clean up our oceans. “Almost all plastic was on or very close to the surface (of oceans), meaning it’s within reachable distances for a cleanup operation,” said Boyan Slat, the founder of The Ocean Cleanup.

The study found that the average density of plastic as well as its frequency of occurrence in the Mediterranean can be compared to the accumulation zones described for the five sub-tropical ocean gyres.

A research published in the journal, Science, says that though plastic debris in the marine environment has been widely documented, the quantity of plastic entering the oceans from waste generated on land is unknown.

“Population size and the quality of waste management systems largely determine which countries contribute the greatest mass of uncaptured waste available to become plastic marine debris. Without waste management infrastructure improvements, the cumulative quantity of plastic waste available to enter the ocean from land is predicted to increase by an order of magnitude by 2025,” the research warns.

Australia-based non-profit media outlet The Conversation reports that around 8 million metric tonnes of plastic go into the oceans each year.

Beauty of the Mediterranean
According to the National Geographic, the Mediterranean sea bed holds treasures from thousands of years of trade across its waters. Among the scattered shipwrecks, divers can find rich coral reefs full of natural wonders and the racing bluefin tuna. However, it remains to be seen to what extent the rich biodiversity of the sea remains unspoilt in the face of human interference.