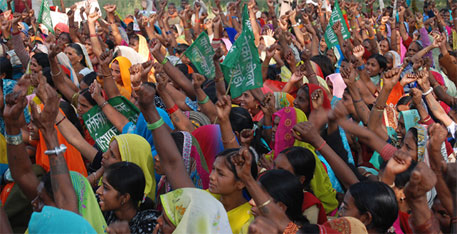 The Coca-Cola plant located in the village of Mehdiganj in Varanasi has been shut down by the state government following an order issued by the Uttar Pradesh Pollution Control Board (UPPCB).

The order, issued on June 6, states that the NOC (No Objection Certificate) for capacity expansion/enhancement of the plant stands cancelled. In addition, the water consent order and air consent order which were previously granted have been cancelled. The UPPCB has directed the company not to run the plant under any circumstances without obtaining consent of the state board.
UPPCB noted that Coca-Cola failed to obtain and submit an NOC from the Central Ground Water Authority (CGWA) and that conditions imposed by them were not being complied with.

Amit Shrivastava from India Resource Centre, a campaign group that supports movements against corporate globalisation, said: “There has been ample evidence of the environmental risks the plant poses. Their water treatment system has not been functioning properly. Most of the industrial effluents and sludge is dumped in the surrounding areas which also causes health hazards.”   Previously, the Central Pollution Control Board had found excessive levels of heavy metals in the waste discharged by the Coca-Cola plant.

Local communities who have been continuously protesting against the plant’s expansion have welcomed this order, which effectively shuts down Coca-Cola’s productions operations in Mehdiganj.