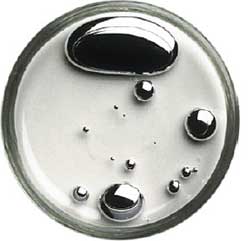 OVER 120 nations have agreed to have legally binding measures to control the pollution by mercury, a neurotoxin. Formal negotiations for the treaty will begin in 2010.

The agreement, reached at the 25th session of the Governing Council of the UN Environment Programme (unep) in the Kenyan capital, Nairobi, is a change from previous years, when major powers, including the US, China and India, sought voluntary reductions. On February 18, they agreed to consider the binding treaty.

Some countries, including India, had earlier said a legally binding agreement is not necessary for unintentional mercury emissions. It was supported by China and Indonesia. "Switzerland agreed that different mechanisms were necessary for unintentional and intentional emissions, but stressed that all mercury emissions must be addressed under the legally binding measures," said Prashant Pastore of Toxic Link, Delhi-based non-profit, who attended the meeting.

A consensus was reached after the US supported the call to ban mercy use worldwide. Changing its stand, the new US administration under President Barack Obama wanted a legally binding international treaty to reduce the toxic pollutant's content in the environment. Till now, the US had supported only voluntary and partnership measures.

"This came as a surprise," said Pastore. "Several non-profits said they were floored during the US announcement," said a press release of the Earth Negotiations Bulletin (enb), a news service for environment and development negotiations. "The US said the measures should address all significant sources of mercury, especially sectors with the greatest global impact including coal combustion," said the press release.

The treaty would mandate signatory countries to follow measures to phase out the toxic pollutant.

An Inter-governmental Negotiating Committee will begin formal negotiations on the treaty in 2010, which will be wrapped up by 2013. The committe will devise modalities for phasing out mercury in terms of addressing the anthropogenic sources of the chemical, capacity building and technical and financial assistance to countries.

On behalf of developing countries, India called for a committed financial assistance to introduce mercury-free technologies. The EU rejected the proposal initially, but after consultations delegates agreed that developing countries and transition economies should be provided with technical and adequate financial assistance to help them implement the legally binding obligations effectively.

Widely used in chemical production and small-scale mining, mercury is also known to affect the cardio-vascular system. It persists in the environment once released and can travel long distances. Thus even countries which release little or no mercury and areas far away from industrial activities are at the risk of being contaminated. The Arctic, for instance, has high mercury levels, although it is far from major release sites. Its toxic forms such as methylmercury can cross the placental and blood-brain barrier affecting foetuses and children.