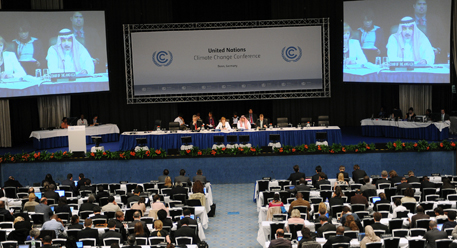 Two days into the ongoing negotiations at Bonn and the all too familiar rifts are visible. The primary disagreement is over how to move forward—whether to begin discussions from what was agreed to in the meeting of the Conference of Parties (CoP) in Bali in 2007 or the Durban CoP in 2011.

The newly elected chair, Aysar Tayeb from Saudi Arabia, had set a comprehensive agenda for adoption, listing all the elements enshrined in the Bali Action Plan that stressed on technology transfer, promises of climate finance and capacity building. But this did not go down well with the developed countries; they could not agree on adopting the agenda for the Ad hoc Working Group on Long-term Cooperative Action (AWG-LCA) track. The AWG-LCA track was adopted in Bali to provide a shared platform to all parties to address the measures for the continuation of climate change negotiation well beyond 2012 when the first commitment period of the Kyoto Protocol would expire. It is also one of the three other tracks under which negotiations are structured in Bonn.

Parties such as China and Egypt were of the view that discussions under LCA need to be resolved first and unless there is an agreement on the LCA track, there can be no progress on the decisions taken in Durban, which is categorised under the ADP track or Ad hoc working group on the Durban Platform for Enhanced Action. India, too, supported this stand. The reasoning was that the existing tracks would have to be adequately addressed and brought to a closure before the new track, ADP, kicked into effect. China expressed this clearly and Egypt pointed to the double standards being adopted by the developed countries—why was “urgency” lacking when discussing developed countries’ efforts to raise ambition on their targets? 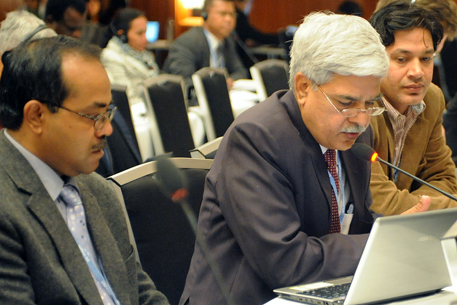 Developed countries, however, were clear they did not want to engage with the LCA track and expressed urgency in taking ADP further. The EU, the US, Canada, Australia and other developed country parties seemed more eager to move away from the breadth of issues under the Bali Action Plan. The delegates from the EU stressed that priority should be accorded to issues like peaking of emissions, REDD plus, emissions from bunkers, new market mechanism and clarity on pledges that were discussed in Durban.

The EU, though, has not been able make any headway with the issue of timeframe of the second commitment period of the Kyoto Protocol. The parties from the Least Developed Countries (LDCs) and the Alliance of Small Island States (AOSIS) have expressed concerns about the backtracking of the EU on their Durban commitments, since the EU countries have not showed any signs of increasing their ambition from 20 per cent to 30 per cent. Island nations and the group of the world’s poorest countries resorted to appealing the urgency of their situation, saying that only the most important issues needed attention.

In the midst of the growing tension between parties, the chair remained true to the initial agenda and emphasised the need for the work to be structured in accordance with the Bali Action Plan.

He pointed to the original mandate, which calls for the “Preparation of an agreed comprehensive and balanced outcome to be presented to the Conference of the Parties for adoption at its eighteenth session, to enable the full, effective and sustained implementation of the Convention through long-term cooperative action now, up to and beyond 2012, pursuant to decision 1/CP.13, taking into account decisions adopted by the Conference of the Parties at its sixteenth and seventeenth sessions.”

Finally, it was agreed that informal consultations would be held until the agenda was finally adopted. The agendas for the other tracks on Kyoto Protocol and the subsidiary bodies were successfully adopted wherein work on different issues would be carried out in spin-off groups.