Minamata Convention: deal signed to phase out mercury by 2020

From 2020, production, import and export of products that contain mercury will be banned under Minamata Convention 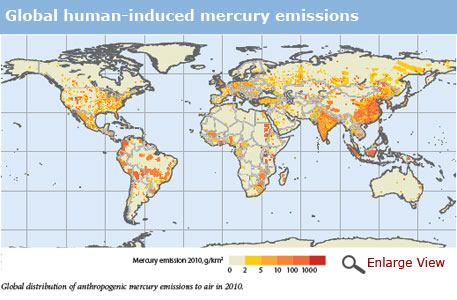 A UN conference in Japan on Thursday adopted a treaty to stop the production and use of Mercury, a deadly nerve toxin. Under the agreement, a range of products, including thermometers, barometers and electrical appliances will be phased out. The treaty has been named after Minamata city that witnessed one of the worst incidents of industrial poisoning by mercury, which killed hundreds and disabled thousands of people in the 1950s and '60s. During the conference inaugural on Wednesday, Japanese Prime Minister Shinzo Abe pledged US $2 billion to help developing nations combat mercury pollution.

Representatives from 92 countries formally signed the Minamata Convention, the world's first legally binding treaty, to phase out this highly toxic substance. The treaty sets a phase-out date of 2020 for a list of products and gives governments about 15 years to end all mercury mining. The treaty has been ratified by 50 countries, where the treaty will come into effect within 90 days.

According to Satish Sinha from non-profit ToxicLinks who has been following the Mercury negotiations for the past three years, said the treaty aims to follow a phase-down philosophy for production and trade of mercury. “In the next two years, the signatories of the treaty will be implementing alternative technologies to phase out the use of the mercury. When the signatories meet for the Conference of Parties (CoP) around 2016, these changes would be discussed,” he added. 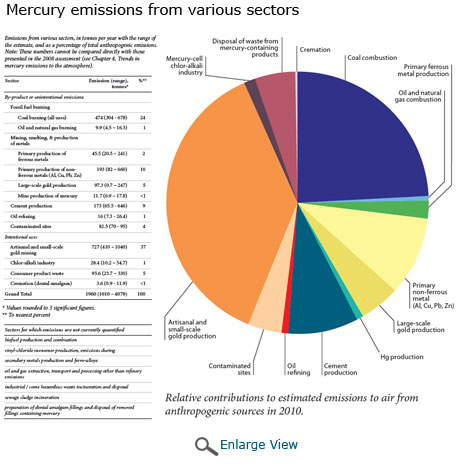 From 2020, the Convention will ban the production, import and export of products that contain mercury, including blood pressure monitors, clinical thermometers, high-pressure mercury lamps, and topical antiseptic agents. Until 2020, the Convention will encourage signatory countries to gradually reduce their use of mercury. In the case of small-scale gold mining, for which mercury is being used indiscriminately, the Convention has stipulated reduction in usage of mercury. The treaty also states that for constructing coal-powered thermal power plants, the countries which are signatories will be required to include equipment to help minimize mercury emissions.

United Nations Environmental Programme (UNEP) estimates that global emissions to the air from anthropogenic sources reached 1,960 tonnes in 2010. About 727 tonnes annually comes from artisanal and small-scale gold mining operations, especially in western Africa. Coal burning emitted some 475 tonnes of mercury in 2010, UNEP says in a report. 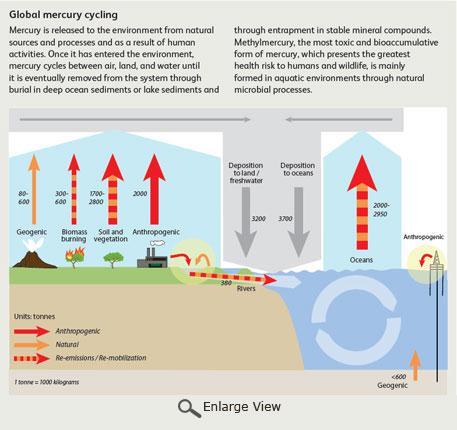 Meanwhile, victims of the Minamata disease, which affected more than 75,000 people in Japan, have criticized premier Abe for seeking to put a closure to their sufferings. During the video address to the Convention, Abe said: “Precisely because we experienced and overcame damage from mercury, Japan bears responsibility for spearheading the world's efforts to eliminate it.” According to Yoichi Tani of the Collaboration Center for Minamata Disease Victims, “authentic victims have been denied recognition. A comprehensive health study of the disaster was never performed.” Environmental NGOs working in Minamata said that treaty does not address the issue of holding the polluters accountable, while it just introduces a polluters pay principle, which can hardly do any justice to sufferings. 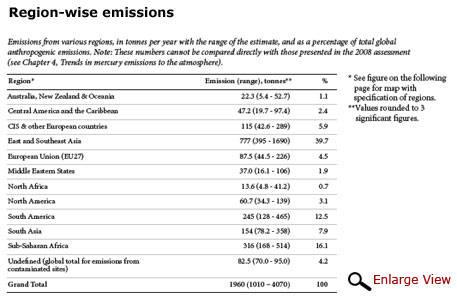 "Exposure to mercury results in health and environmental damage estimated at $22 billion," according to UNEP report. Minamata disease, which affects brains and kidneys, affected more thousands in Japan. It was caused by dumping of effluents containing mercury into the Minamata Bay by an industry. The disease was mostly caused by eating sea fish from the contaminated waters. 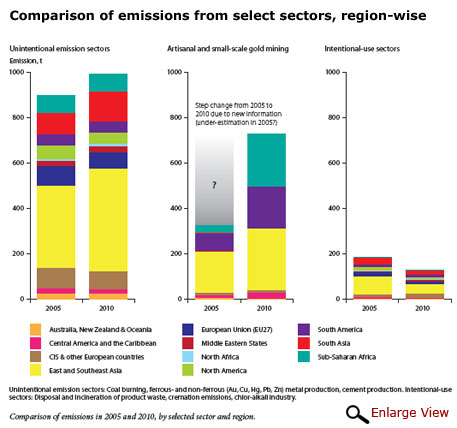 What is exempt and what is not

According to the press release, following decisions have been taken in the Convention:

Gold mining: Mercury will be allowed in artisanal and small-scale gold mining, where it is used to separate gold from rocks and sediment. The treaty encourages nations to reduce or phase out its use, but no targets or dates are included. Recent studies have documented that people in communities near artisanal mining areas in Peru and Brazil are exposed to high amounts of mercury

Dental fillings: These are exempt from the 2020 ban. Countries have agreef to a phase-down of mercury in fillings by promoting alternatives, creating dental programmes to minimise the need for fillings or taking other steps

Vaccines: Vaccines that use mercury compounds (thimerosal) as a preservative are exempt

Batteries: Mercury-containing batteries will be banned by 2020. An exception is button-cell batteries used in implantable medical devices

Switches: Switches and relays containing mercury will be banned by 2020.

Soaps and cosmetics: Products containing more than 1 part per million of mercury will be banned by 2020. Mascara and other eye-area cosmetics are exempt because of concerns that there are no safe substitutes

Medical and monitoring devices: Use of mercury in barometers, thermometers, hygrometers, manometers and blood pressure monitors – will be banned by 2020

Religious, traditional activities: Mercury used in religious or traditional ceremonies are exempt from the treaty

Manufacturing: Mercury will be banned from chlor-alkali production and acetaldehyde production in 2025 and 2018, respectively. Manufacturing of polyurethane, vinyl chloride monomer and sodium or potassium methylate or ethylate are exempt although emissions must be reduced

Source for all infographs and tables: UNEP

The Minamata Convention on Mercury: A first step toward protecting future generations

Blood mercury concentrations in CHARGE study children with and without autism