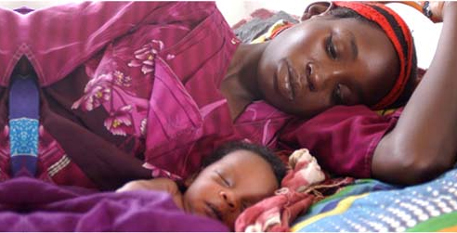 In an effort to boost mother and child healthcare in Africa, the World Health Organization (WHO) has joined hands with Samsung to provide smartphones to health workers. The phones will be integrated with a software that will be able to track the health of the mother and the child from the stage of conception till the child is delivered, says a report in allafrica.com, a news website.

According to Samsung East Africa chief operating officer, Robert Ngeru, the smartphones will be subsidised by WHO and Samsung and hence will cost less. “Currently, the initiative is in Nigeria and South Africa and we plan to roll out the programme next year in February across East Africa, starting with Kenya, Tanzania and Rwanda,” he said.

Africa’s per capita investment in healthcare is the lowest in the world and the continent’s approach in this sector needs an overhaul, the news report says.

Besides the smartphone initiative, Samsung has started a series of Digital Villages in east and central Africa. This initiative enables doctors in remote areas with no access to electricity to access the Internet and simple technologies to diagnose patients.  It integrates communities, hospitals, schools, lighting systems and energy infrastructure using solar power. The project also provides comprehensive support to improve health standards, bolster education opportunities and increase the potential for people to lead economically independent lives, the report says.

“Our mobile phones encourage more and more research into better living of the society. We not only sell products; we drive solutions to make people live longer and healthier,” the website quotes Ngeru.

The World Bank, too, is stepping up to provide funds to African countries to improve maternal health. The global financial body has sanctioned funds worth $8.6 million to the government of The Gambia to implement the “maternal and child nutrition and health results” project, which will be undertaken in three regions of the country—North Bank West, Upper River Region and Central River Region, says another report of allafrica.com.

During the first year of its implementation, the project will be rolled out to at least 12 health facilities and 60 communities within the three regions and will be staggered in phases to ensure there is sufficient oversight and management. Omar Sey, The Gambia’s Minister of Health and Social Welfare, said that he had no doubt about the success of the project.

Child malnutrition cause for worry

Despite investments by governments and private companies, malnutrition continues to be a threat to the future of many children, warns the Human Sciences Research Council, South Africa’s statutory research agency.

According to website iol lifestyle, the Council published a report titled, “Child health: improving the quality of care during the first 1,000 days”, which includes research and evaluation by specialists in the government and at the council. Nonhlanhla Dlamini, the Health Department’s chief director of child health, highlights in the report that malnutrition is interrelated with infections and diseases. “The data says children under five are dying of diarrhoea, pneumonia, AIDS and tuberculosis. Of these children, 65 per cent were malnourished and 35 per cent had severe malnutrition,” he says.

Responding to the report, Mark Walker, director of the Peninsula School Feeding Association, says the harm done by malnutrition in the first 1,000 days of life, starting from conception, causes stunting, which is irreversible. “During that crucial period of a child’s life, the body needs enough vitamins, minerals and nutrients to maintain healthy tissues and build organs. If the organs are not developing normally, you get the worst effects of malnutrition,” Walker told iol lifestyle.