Money set aside to build institutions, not public health

Preventive and primary healthcare get a miss in the budget 2014 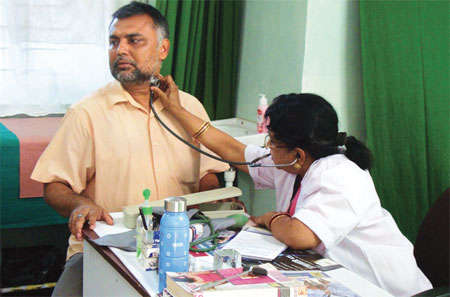 Finance Minister Arun Jaitley made umpteen announcements for the health sector, but almost all focused on medical education and increasing tertiary care facilities. Since preventive or primary healthcare found no mention in the first budget speech of the NDA government, free drugs and diagnostic facilities are the only ray of hope for people.

“This is hardly different from the interim budget presented by the UPA in February. It does not show commitment towards primary healthcare,” says Ravi Duggal, India country-coordinator, International Budget Partnership.

The UPA government had announced that basic drugs will be made available for free at all government health facilities and selected medical stores. Though the scheme was launched in some states, it did not take off and largely remained a promise on paper. In addition to free drug service, Jaitley announced providing free diagnosis service. Currently, rates of diagnosis differ from state to state as health is a state subject.

“The announcement was made in the speech. Providing free medicine and diagnosis requires huge amount of money. Budget allocation for health does not reflect this need. It is more like a populist statement made by the government,” says Duggal.

In addition to 58 government medical colleges that were approved by the UPA government, the minister has proposed 12 more.

Jaitley also said that 15 model rural health research institutions shall be set up in different states. They shall carry out research on local health issues concerning rural population.

The National Programme of Health-Care for the Elderly in India (NPHCE) launched in 2010 by the Ministry of Health and Family Welfare, had proposed setting up two institutes of ageing. The proposal has been accepted and the institutes will come up in AIIMS, Delhi and Madras Medical College, Chennai.

"An institute is different from a department of geriatrics. The geriatrics department provides basic healthcare to the elderly and has to send them to other departments in case the elderly suffer from complicated cases, say cancer. But old people require different care even within the tertiary care. This requirement can be addressed by institutions, which will have different departments for different specialities,” says A B Dey, head of the Department of Geriatrics, AIIMS and member of the committee that prepared the policy.

Making dental care facilities integral to all hospitals, Jaitley also announced that a national level research and referral institute for higher dental studies would be set up in one of the existing dental institutions.

The Central Government will provide assistance to strengthen the States’ Drug Regulatory and Food Regulatory Systems by creating new drug testing laboratories and strengthening the 31 existing state laboratories, he said.