More than half farm-households in India are in debt: NSSO report

Households in southern states are most indebted; 40 per cent agricultural-households take loan from informal sources like money lenders 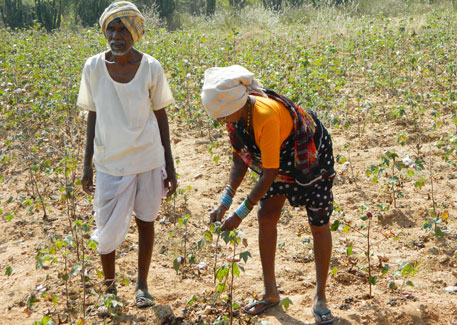 The latest survey report of the National Sample Survey Office (NSSO) further confirms India’s worsening agrarian crisis. More than half of the agriculture households are in debt, and the worst affected states are southern states like Andhra Pradesh, Telangana, and Tamil Nadu, says the 70th round of NSSO survey.

The survey also showed that a very small segment of agricultural households utilised crop insurance because of lack of awareness.

Income sources of farm-households
Agricultural activities, comprising cultivation and livestock rearing, are reported to be the principal source of income for majority of agricultural households in all the major states.

Kerala is the only state where about 61per cent of the agricultural households reported to have received maximum income from sources other than agricultural activities.

Adding to their woes is the fact that 13 per cent of these marginal farmers do not have ration cards.

Out of total agri-households, 23 per cent of agricultural households depend on livestock as prime source of income.

The households which possess 0.4 ha of land claimed that agriculture is the principal source of income for them.

The survey, conducted between January to December 2013, aimed at capturing the condition of agricultural households in the rural areas of the country in the context of policies and programmes of Government of India.

A total number of 35,200 households were surveyed in the first visit and 34,907 of them were re-surveyed in second visit.