Young people in India now risk a heart problem other than the one normally associated with youth. A study released Thursday in Delhi shows disturbing trend of increasing proportion of young adults among patients of coronary artery disease (CAD). The trend also indicates a far higher number of persons under-25 years getting CAD.

The study, released by Ashok Seth, chairperson of Fortis Escorts Heart Institute, Delhi, is an analysis of data from patients who have availed services of the institute over the years. Even though the number of women with heart ailments is still much lower than men, their percentage too has increased. 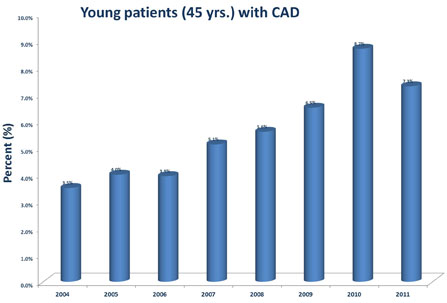 With regard to data for women, in 1989, only 6 per cent of total cases of bypass surgery were that of women. This figure increased to 15 per cent in 2011. "The absolute number of patients is increasing in all sections, among older men too. But the proportion is seeing a shift. We need to be aware of the trends for proper treatment," said Seth.

He, however said that a positive aspect is that more patients than before can be managed with angioplasty and lesser proportion of people have to go through a bypass or other bigger surgeries.
"The primary reason is lifestyle changes. Along with change in food preferences, sedentary lifestyle and lack of physical exercise has led to the change in trends," said Seth. 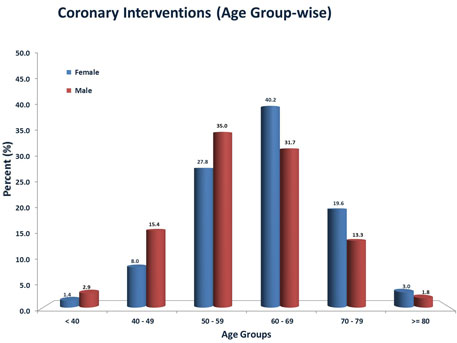 The study, however, shows trends from a small section of society. "The patients we studied belong to middle classes. It does not have patients from lower or upper classes," said Peeyush Jain, head of department of preventive cardiology of the institute.

Jain said that some innovative methods are being employed to treat heart diseases. "Vaccination can be preventive. There is definitive data that influenza vaccine can prevent heart attack, so does pneumococcal vaccine. Influenza vaccine fights inflammation and pneumococcal fights pneumonia, both condition which lead to deaths due to heart problems," said Jain.