Harshwanti Bisht, who will receive the Edmund Hillary medal this month for conservation work around Gangotri, has set out on a new mission—empower women through a 'sport for development and peace' programme 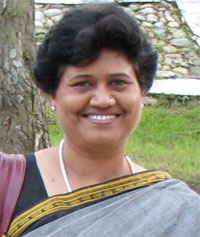 When Edmund Hillary signed up for the expedition to Mount Everest, he he may have had no idea he would end up building a slew of schools, clinics, and airstrips as well as undertaking natural and cultural conservation initiatives that would not only transform the Khumbu region in Nepal but also inspire other mountaineers around the world to follow suit. In the Garhwal Himalaya, that torch has been seized by Harshwanti Bisht, a mountaineer who also teaches economics at a local college.

In 1981, Bisht, along with Rekha Sharma and Chandra Prabha Aitwal, were the first  women to climb the main peak of Nanda Devi (7,816m). Bisht was also a member of the Indian expedition to Mt. Everest in 1984. “When I was in Khumbu with the 1984 Indian Everest expedition, I saw the great effect of Edmund Hillary's work to conserve the natural environment and to bring economic opportunities to the Sherpa communities,” she recalls.

She had considerable success in restoring the birch forests around Gaumukh (cow-snout), the terminal area of Gangotri glacier, in her attempt to stabilise the receding glacier at the headwaters of the Ganga river. She has also organised eco-awareness campaigns, propagated endangered medicinal herbs, and introduced eco-tourism standards to an area that has been ravaged by unregulated tourism. Bisht’s treatise on the economics of tourism in the Garwhal is regarded as a blueprint for sustainable development throughout the Himalaya. 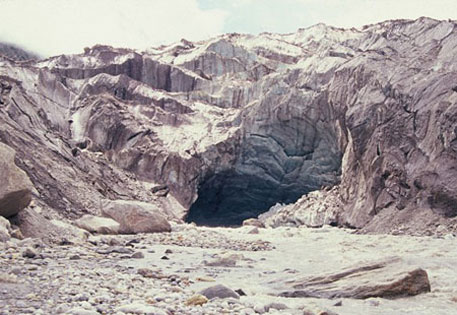 “My interest in economics is trumped by my passion for ecology,” she says. Mountains, according to her, should not be places where you go, have fun and litter to your heart’s content without a thought for the ecology. “Since they provide us with recreation and livelihood apart from being significant for various other reasons, we need to be responsible towards them.”

Bisht points out that people's frivolous approach to mountain management has already resulted in painful repercussions. The June 2013 floods in Uttarkhand, which killed more than 800 people and caused damage estimated in billions of rupees, has been characterised as a “man-made disaster” with environmentalists and conservationists tracing it to ill-conceived development projects as well as unregulated tourism in the region.

Kumar Mainali, president of Mountain Legacy, a Nepalese non-profit, says that “this (Bisht's) hands-on approach is an extremely positive development”. It is not entirely out of character either. Bisht belongs to Uttrakhand, home of India’s first environmental movement, the Chipko Andolan. In the 1970s, the Chipko tree-huggers attracted worldwide attention by using their own bodies to protect their community-owned forests from commercial timber operations.

After thirty years of working alone or with a few collaborators, Bisht says it is time to broaden the base of her efforts by helping women see opportunities in challenges, and to act on them. “There are many opportunities for women, but the difficulty for most of us is finding those opportunities and taking advantage of them. We need to develop the habit of seeing every challenge and every setback as a chance for improvement, for us as individuals, for the community, and for the planet.”

She says that first of all, women in remote mountain-communities need to be made aware that they are stakeholders in the mountain economy. “What I have learnt,” says Bisht, “is that the efforts of women are exploited in every domain. They work day and night in their homes, but hardly spend a single penny according to their wishes. For example, a woman, apart from doing domestic chores such as caring for the children, preparing meals and collecting firewood, also feeds her cow and milks it, but the milk is taken to the market by her husband; he sells it and simply pockets the money.”

Similarly, Bisht goes on to say, most tourism related jobs, such as running travel agencies, serving as guides, and managing hotels, are carried out by the men. “This can be traced to the fact that girls get limited education, and have little exposure to the practical logistics of the tourist trade. They forfeit all the rewards of life in one of the world’s great recreational regions.”

This has prompted Bisht to embark on a new project in collaboration with Mountain Legacy. Mountain Power aims to set up a network of women's mountaineering clubs affiliated with colleges and universities throughout the Himalayan region.

Bisht notes that “sport for development and peace is a UN theme which has not drawn nearly enough attention, but is quite germane to the challenges and opportunities in the Himalayan region. Sports, she says, are particularly important for the empowerment of women, and that the empowerment of women – at all levels, from individual to community and policy-making – is vital for social harmony as well as sustainable development.

“Women need the confidence and the skills to become entrepreneurs, leaders, and policy makers,” she observes. “As mountaineers, they will combine sports with practical work in recreation planning and economic development. They will undertake projects of their own choosing; be it waste-management, afforestation, trail improvement, infrastructure design or whatever seems useful.”

According to Sue Badyari, CEO of World Expeditions, a leader in “responsible tourism”, sports opportunities for women have lagged far behind than those for men in developing regions, thereby, depriving women of recreation, physical challenges and leadership training.

“Mountain Power clubs would not only provide girls and young women experience in sports such as climbing, trekking, skiing, and rafting, but would also spark interest in conserving nature, protecting cultural sites, and developing economic opportunities in remote communities.” She says that Bisht's idea of creating a network of women's mountaineering clubs is both “audacious” and clearly needed.

“These young climbers will go on to take jobs, launch companies, serve in government agencies, and raise families, where they will spread their commitment to mountain recreation, conservation, and empowerment of local communities.”

On March 17, Bisht will be honoured with the Sir Edmund Hillary Mountain Legacy Medal. Peter Hillary, son of Sir Edmund and an adventurer and philanthropist in his own right, will present the medal to Bisht at the headquarters of the International Center for Integrated Mountain Development (ICIMOD) in Kathmandu, Nepal.

Bisht has been chosen for her contribution to ecological conservation in the mountainous region of Gangotri in Uttrakhand. Her work has been both practical and academic, including the restoration of birch forests in an attempt to stabilize the receding glacier at Gaumukh and the publication of a treatise on the economics of tourism in the Garwhal that is regarded as a blueprint for sustainable development throughout the Himalaya.

“I am extremely happy that I am being conferred this award. To me, it simply means that my inspiration has turned into reality,” she says.

Jack D Ives, author of seminal works in montology, including Himalyan Dilemma, Himalayan Perspectives, and most recently Sustainable Mountain Development, and currently professor emeritus in geography at Carleton University, Ottawa, is lavish in his praise of  Bisht’s work: “The selection of  Bisht for the current Hillary Medal is particularly satisfying to me. Her efforts to propagate endangered medicinal herbs, to educate travellers and host communities about the value of responsible tourism, and to perpetuate the cycle of leadership in sports, enterprise, and development by introducing young women to the joys of mountaineering: all of these may be seen as direct fulfilments of the 1992 Rio Summit mandates.” (Ives was instrumental in the crafting and adoption of the mountain chapter of Agenda 21, the Rio Summit declaration.)

“The fact that she has been able to do so much without major government or international assistance is remarkable. We can only hope that this award will attract attention to her projects, and with it the financial and human resources that will enable her to take that work to a new level,” says Ives.