MPs funds to now be used to develop over 2,000 ‘model’ villages 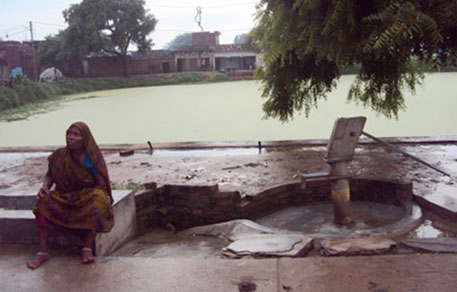 Prime Minister Narendra Modi has decided to restructure the existing Member of Parliament Local Area Development (MPLAD) scheme in a holistic way. He launched the Saansad Adarsh Gram Yojana (SAGY) on Saturday, under which 2,379 model villages will be developed across the country in the next five years.

There are 793 Members of Parliament (MP), including 12 nominated MPs in both houses. Each MP will have to develop three model villages in his or her constituency by 2019 and five villages by 2024.

MPLAD funds have been debated over since their inception in 1993. Perception prevails that MPs use these fund to appease supporters by allocating funds for development works in their areas. In 2007, a CAG report had raised questions over the quality of work and poor monitoring of funds.

Under this scheme, each MP may suggest to the district collector, development works to the tune of Rs 5 crore per annum in his or her constituency. A Rajya Sabha MP can recommend works in one or more districts in the state from where he/she has been elected. The nominated members of both houses may select any district/s from any state in the country for implementation of development works of their choice under this scheme.

What will make a village a ‘model’?

A model village will have integrated development of multiple areas such as agriculture, health, education, sanitation, environment and livelihoods. Besides infrastructure development, the scheme will also work towards inculcating key values.
“SAGY aims at instilling certain values, such as people’s participation, gender equality, dignity of women, social justice, spirit of community service, cleanliness, eco-friendliness, maintaining ecological balance, peace and harmony, mutual cooperation, self-reliance, local self-government, transparency and accountability in public life, in the villages and their people so that they get transformed into models for others,” states the scheme in its guidelines.

Ensuring universal access to education facilities, adult literacy and e-literacy are also important goals of SAGY. The villages will have quality healthcare facilities including 100 per cent immunisation, 100 per cent institutional delivery, reduced infant and maternal mortality and reduced malnutrition among children.

The MPLAD funds will be channelised through existing schemes like the rural road scheme, panchayati raj scheme, minor irrigation, agriculture, health and convergence of other such schemes.

“Now, the funds will concentrate in one village. The government is expecting a chain reaction where surrounding villages can learn from one village. It will increase accountability,” says SP Vasistha, director of the Mahatma Gandhi National Rural Employment Guarantee Act (MGNREGA) in the ministry of rural development.

Jagveer Rawat, a veterinarian at Hisar Agriculture University, has been working on creating model villages in Haryana, Gujarat and Uttar Pradesh since 1999. He earlier worked with the Gujarat government to develop a model village in Vadodara. “It means a village is now a subject of inter-ministerial cooperation instead of a one-man show,” says Rawat.

Selection criteria for the villages

A village with a population of up to 3,000-5,000 in plain areas and 1,000-3,000 in hilly, tribal and difficult areas will be eligible for the scheme. In districts where this unit size is not available, gram panchayats with approximately the desirable population size may be chosen.

If each MP adopts three villages, the scheme will be able to develop 2,379 gram panchayats over the next five years. The MP is free to identify a suitable gram panchayat, other than his/her own village or that of his/her spouse. There are 265,000 gram panchayats in India.

When funds converge for the development of a village, MPs would then have to face unique challenges in their constituencies.
“Now, we will have to convince thousands of other villages why they have not been chosen for the scheme,” says a BJP MP from Uttar Pradesh. Even if they are unwilling, MPs of the NDA are unable to express their views. “It is an unnecessary intervention in the small funds which we keep for local use,” he adds.

Bhartiya Janata Party MP from Bihar, Kirti Azad, asked for his funds to be scrapped for good. “It is a source of corruption and we are earning a bad name without getting a single penny. We are being asked indirectly to work with panchayats,” he says.