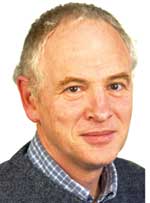 The chief of a prestigious British research centre caught in a controversy over claims that he and others suppressed data about climate change has stepped down pending an investigation, according to a spokesperson of the University of East Anglia. The university noted that Phil Jones, whose e-mails were among the correspondences leaked on the Internet in the last week of November, would relinquish his position as director of Climatic Research Unit until the completion of a review.

Climate change sceptics accuse Jones of manipulating data to support his research that implicate human beings in climate change. They point to a leaked e-mail in which Jones writes he used a trick to hide the decline in a chart detailing recent global temperatures. Jones denied manipulating evidence. Some of the e-mails were sent in the heat of the moment, when I was frustrated. I do regret sending some of them. But I would never manipulate the data.

The scientist has supporters in the pro-Vice Chancellor of the University of East Anglia and Nicholas Stern, author of the Stern report that, in 2006 dealt with the economic aspects of climate change. Stern called it a mischievous attempt to muddy waters.

Jones also said, That temperatures are rising is based on a range of sources: not only temperature records but other indicators such as sea level rise, glacier retreat and less Arctic sea ice, he said.