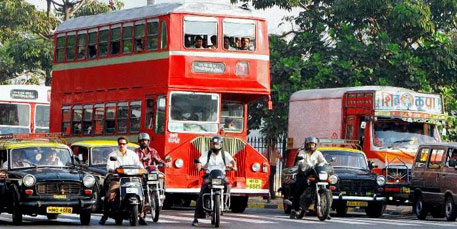 In February this year, the Mumbai transport department moved a proposal to levy additional tax on purchase of fuel and cars to generate funds for improving public transport and reducing congestion on city roads. Eight months on, the state government is yet to give its nod to the proposal.
The proposal had suggested a Rs 5-10 per litre additional cess on diesel and petrol. It had also sought doubling of vehicle tax paid by a buyer at the time of purchase of a second car in his or her name.

Mumbai transport commissioner V N More told Down To Earth that “the main motivation behind this proposal is to give out the message to the public that petroleum products are scarce.”  He further explained that this measure, if adopted, can generate additional revenue for Mumbai’s bus agency, Brihanmumbai Electric Supply and Transport Undertaking (BEST). This revenue can then be used by BEST to procure more buses and improve bus transport infrastructure in the city. The commissioner, however, was non-committal on the issue as he did not give a clear answer when asked why the government has not taken any action on proposal till now.

If the Maharashtra government gives a nod to this proposal, India’s business capital Mumbai will be the second city, after Delhi, to have levied such cess to improve transport and reduce congestion on roads. Delhi, at present, levies 50 paise cess per litre of diesel and transfers the generated revenue to Air Ambience Fund, which is further utilised for meeting the cost of pollution control measures in the national capital.

Mumbai already has about 2.2 million vehicles plying on its roads and it is difficult for the city to accommodate any more.
According to Sudhir Badami, a mobility expert based in Mumbai, such a measure is undoubtedly an imperative step but would not have much impact if there is no simultaneous improvement in the quality of bus transport.

Dieselization of cars and action plan: a brief summary of Supreme Court directives on toxicity of diesel and growing scientific evidence on health impacts of this fuel