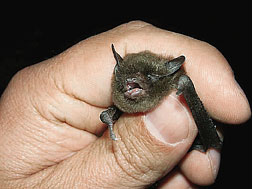 In response to information about a mysterious illness that has been associated with the deaths of more than 8,000 bats, conservation groups have asked the us Fish and Wildlife Service to close all bat hibernation sites and withdraw all federal permits to harm or kill the imperilled bats until the cause of the deaths is understood.

One of the bat species that is at risk is the endangered Indiana bat (Myotis sodalis). While details are limited, scientists say a "white-nose syndrome" caused by a fusarium mould around the dead bats' noses could be the possible cause. Last winter, the syndrome had killed thousands of bats in two caves in New York's Albany city, which lost over half their populations. The bat is one of the world's most endangered terrestrial mammals and was the first to be listed under the us Endangered Species Preservation Act, 1966.