Chances of bringing down infant mortality rate from the current 44 deaths per 1,000 live births to 30 by the 2015 deadline for millennium development goals are bleak, says the country’s National Statistical Agency 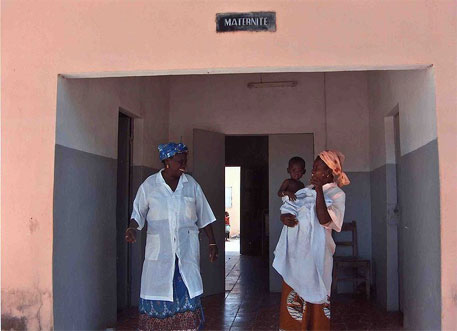 Namibia 2011 Census Mortality Report, released by the National Statistics Agency on July 29, says that the country is unlikely to succeed in bringing down its infant mortality rate from the current 44 deaths per 100 live births to 30 by 2015. The news was reported in the AllAfrica website.

The report also found the maternal mortality rate (deaths which occur during child birth, or within two months after child birth, caused by complications during pregnancy or maternity) to be 604 per 1,00, 000 live births. Lowest maternal mortality rate was found in the age group of 15-24 years while the highest was in the age group of 12-14 years. The report also showed that adolescent pregnancies are on the rise.

The only good bit of data was on child mortality ratio which saw a decline of two child deaths per 1,000 live births. However, it was much below the target of 45 set as per the Millennium Development Goals.

According to AllAfrica, First Lady Penehupifo Pohamba, who released the report, said: “These children die at a shockingly early age. What is even worse, is that comparing the figures of 2011, they haven’t improved much in 10 years. We are a growing nation and every avoidable death whether through accident, suicide, crime or treatable illness needs to be seen as a failure by all of us. The inhumane baby dumping should be addressed and the culprit be brought to justice.”