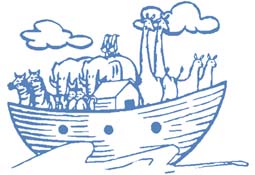 The Union ministry of environment and forests (moef) says India's vast gene pool in agriculture and livestock has been widely ignored, creating a food security risk in the country

Measures to conserve its rich biodiversity have not been sufficient. Despite many laws in place (Wildlife Protection Act, 1972, Forest (Conservation Act), 1980, Biological Diversity Act, 2002), the report admits that there is lack of effective enforcement of the laws to protect biodiversity

Much of India's forestland has been given away for industrial and infrastructural activities. Since the enactment of the Forest (Conservation) Act, 1980, about 15,000 projects involving 1.14 million hectares of forest have got official clearance

India now has just 12 varieties of food, which provide 80 per cent of the food energy. Changing lifestyles have affected variety, taste and nutritional value of food

Agricultural biodiversity has been declining in India with more number of crops being commercially cultivated. Number of varieties grown under different agricultural systems has also fallen. Over 300,000 samples of indigenous plants kept in the National Gene Bank have gone out of cultivation

About 90 per cent of India's traditional herbs are being traded. India's share in the global complementary medicine market valued at us $62 billion is only 0.3 per cent, out of which 70 per cent comes from the export of raw materials

Grasslands, rivers, wetlands and coastal and marine ecosystems are under threat causing widespread damage in support system for various species

Grassland species like the Great Indian Bustard are under threat

With just 180 left across the world, the gharial (Gavialis gangeticus), a riverine species, is in the critically endangered category of the Red List of the International Union for the Conservation of Nature and Natural Resources (iucn)

Despite biosafety concerns, genetically modified crops like Bt cotton have got official approval for commercial use

More than 400,000 species in India needs to be recorded. Lack of experts is affecting identification