Centre will not encroach upon state’s rights, says Prime Minister 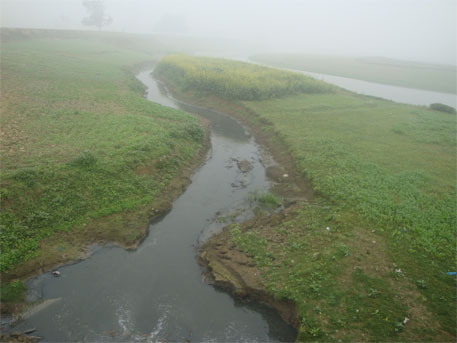 The National Water Resources Council (NWRC) has approved the National Water Policy (NWP) in its meeting in New Delhi on Friday. Led by Prime Minister Manmohan Singh, the council approved the policy as submitted by the National Water Board. The policy suggests an overarching water framework law of general principles of water management that recognised water as a scarce resource and a sustainer of life and ecology. Stating this, the prime minister gave the caveat that “the Central government, I repeat, does not wish to encroach, in any manner, upon the constitutionally guaranteed rights of states or to centralise water management”.

By extension, it suggests amending existing laws that give proprietary rights over water to individuals. The law will also cover the development of inter-state rivers and streamline the management of water in India. He said, “It is in this context that a suggestion has been made for a national legal framework of general principles on water, which, in turn, would pave the way for essential legislation on water governance in every state”.

Outlining India’s water challenges, Singh said, “Our water bodies are getting increasingly polluted by untreated industrial effluents and sewage. Groundwater levels are falling in many parts due to excessive withdrawals, leading to contamination with fluoride, arsenic and other chemicals. The practice of open defecation, which regrettably is all too widespread, contributes further to contaminating potable water sources. The rapid economic growth and urbanisation were widening the demand-supply gap and worsening the country’s water-stress index”.

The policy ensures people’s access to a minimum quantity of potable water for health and hygiene, determining ecological needs and bolstering water infrastructure in the east and northeast, which it claims are “water-rich”. However, a stronger statement recognising lifeline water as a fundamental right and stipulations on its quality and quantity is needed. There should be provisions holding the state accountable if it fails to provide this basic right, along with legal reforms for enforcement. The policy does not spell out priorities for water allocation.

Meanwhile, several non-government organisations including the South Asia Network on Dams Rivers and People, former secretaries Ramaswamy Iyer and E A S Sarma have demanded community participation in water management. This finds mention in different places in the policy. For example, people (panchayats and municipalities) have to be a part of the water resource planning process. Similarly, people-centric small schemes are important to mitigate the effects of climate change. Community participation is envisaged in aquifer mapping.

A welcome statement is the need to use local water resources for water supply, before providing water through long distance transfer. This is also one of the Centre for Science and Environment’s principles of water management and has been incorporated in the 12th Five Year Plan.

Speaking at the meeting, Union Water Resources Minster Harish Rawat underlined the problems in the water sector: Access to safe water for drinking and for other domestic needs continues to be a problem in many part of the country. An integrated perspective, governed by certain basic principles, so that concerns get addressed uniformly in different part of country, ensuring equity and social justice. Water needs to be managed as common pool community resource in the larger interest of food security and sustainable development. Water needs to be allocated in a manner which maximises its value.

The policy, redrafted after 2002, has some welcome changes to deal with climate change. It states, “Special impetus should be given towards mitigation at micro-level by enhancing the capabilities of community to adopt climate resilient technological options. These strategies could include increasing water storage in soil moisture, ponds, groundwater, small and large reservoirs, and their combination, which provides a mechanism for dealing with increased variability because of climate change”. It also calls for better demand management in agriculture and industry.

Community participation is also the key, according to the policy, in mapping aquifers for which a provision has been made in the 12th Five Year Plan. It recognizes the rapid depletion of groundwater but does not spell out any specifics. The drastic decline in this resource needs drastic steps, and we feel the policy is inadequate in this regard. More proactive steps, retraining groundwater board staff and a national programme on community groundwater management based on successful experiments in India is required here.

In water efficiency, the policy recognised the importance of small schemes, while making a case for efficiency across the board. Strangely, no target is mentioned making this a vague statement.

The policy details water pricing while cautioning that differential pricing may be required to supply lifeline water. It recommends setting up water regulatory authorities in state to regulate water tariffs and the system as a whole. Water charges must be volumetric and water user associations must be free to fix these to suit local conditions subject to a floor tariff. However, experience with the existing regulatory authorities has been very poor and it has been seen they are very susceptible to political and industrial pressures at the expense of agriculture and domestic supply. NWP recognises Gujarat’s positive experience of the Jyotirgram scheme.

It calls for protection of rivers, water bodies and infrastructure by identifying and protecting flood plains, removing encroachments, checking illegal sand mining, pollution, and improving the maintenance of water infrastructure. NWP should have emphasised on completing existing projects, the cause of cost overruns, but has instead subsumed this under the need to have more such projects. The silver lining is the inclusion of people—panchayats, municipalities, etc—from the planning stage.

To control floods, the policy does state rehabilitating natural drainages, but then reverts to the old rhetoric of building more embankments, spurs and revetments. India has a mixed experience with these and there is no mention of rehabilitating existing structures.

On water supply and sanitation, NWP breaks new ground only in stating that urban water supply and sewage treatment schemes should be integrated and built simultaneously. It re-states the obvious: cities should get their water from surface systems and encouraging rainwater harvesting. Worryingly, it introduces desalination as an option instead of pointing the way towards maximising local water availability. There are a few noises about incentivising reuse that are welcome, but needed to be spelt out better. The policy ignores the elephant in the room; that cities draw half their water from the ground and this needs to be balanced by an aggressive urban water management plan.

A National Water Disputes Tribunal takes shape in the policy but the section on institutional arrangements and inter-state rivers has blacked out the existing laws and tribunals. How the new tribunal will sit with those already around, and those that have passed verdict and folded up, is unclear. This may be recipe for further inter-state conflicts given the recent experience of the one between Tamil Nadu and Karnataka who refuse to accept orders from the Prime Minister. Singh did not touch this topic in his speech.