The impact of risk reduction on the ground is what matters most, say experts 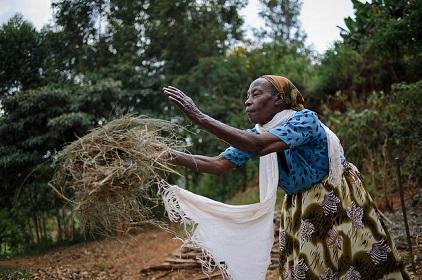 European Union has unveiled a US $ 96 billion package of funds to support disaster risk management across Sub-Saharan Africa. The fund was declared at the third International Conference on Financing for Development, held in Ethiopia.

“This is a really excellent initiative. It’s quite unique, and I really hope that we will see many more like it,” said Margareta Wahlström, special representative of the United Nations Secretary-General for Disaster Risk Reduction.

Experts hope that the money will support Africa’s drive to reach the targets for substantial reductions in disaster losses – both human and economic. “Natural hazards cannot be avoided. However, long-term management of risks, in the context of a fast-changing climate, can save lives and livelihoods and set the foundations for sustainable development,” said Roberto Ridolfi, director for sustainable growth and development at the European Commission’s Directorate General for Development and Cooperation.

According to a report by the United Nations’ Office for Disaster reduction, total direct disaster losses in 40 of the globe’s low and middle income countries amounted to US $305 billion over the last 30 years. In Africa alone, from 1990 to 2012, an average of 152 disasters were recorded per year, the majority triggered by floods and storms. In 2014, over 6.8 million African were affected directly by a total of 114 recorded disasters.