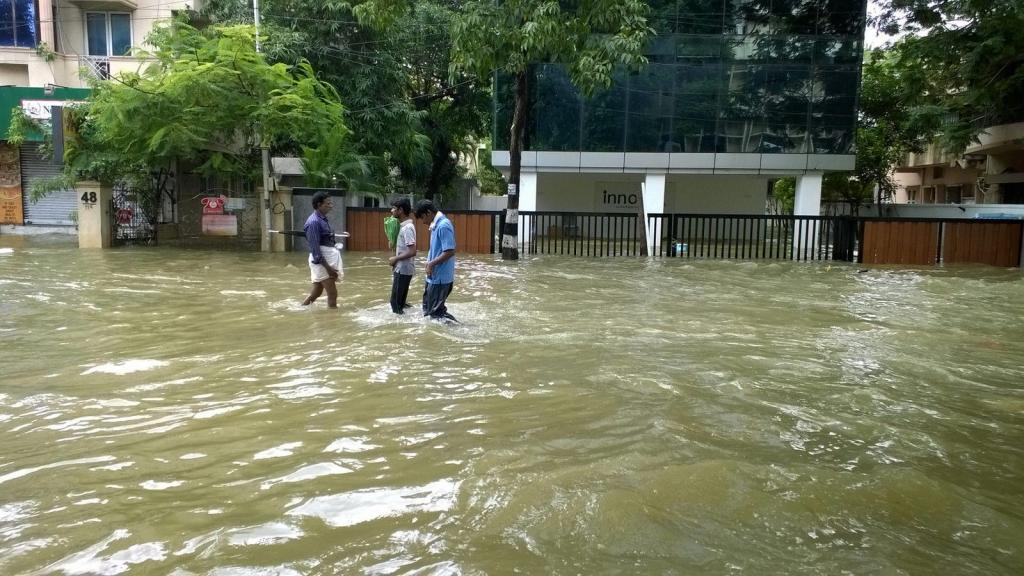 The committee observed that the drainage system across the city needs desilting. Credit: Vijay Anandh/ Flicker

More than 500 people were killed and over 1.8 million people were displaced in Chennai floods last year. It was also one of the costliest natural disasters in 2015. The city received 1,200 mm of rainfall in November 2015, highest in the past 100 years. But what made floods more devastating is the inaction at the government’s end. According to a Down To Earth report, losses due to floods could have been greatly reduced if the state government had ensured flood preparedness and curbed unplanned urbanisation that destroyed marshlands and river channels—natural flood sinks in a city.

The Parliamentary Standing Committee on Home Affairs stated in its report that "encroachment of lakes and river beds and faulty town planning are major causes for the havoc".

Tamil Nadu government report had revealed that 41 out of 117 encroachments over a length of 500 metres across the Vayalur River in Kancheepuram District were removed. Although 4046 houses in the banks of the Adyar River were identified as encroachments, no action had been taken yet.

The committee report’s observations are a vindication of what Delhi-based non-profit Centre for Science and Environment had recommended a year back. In 2015, the CSE had argued that Chennai floods was a man-made disaster by stating that urbanisation in the city increased by almost 20 times in just four decades.

With Chennai less than three months away from the monsoon rains, it has to take up the risk mitigation activities on a war footing.