Extremely severe cylonic storm Fani, which made landfall in Odisha's Puri at 8.30 am on May 3, 2019 morning, weakened into a very severe cyclonic storm by 11.30 am. The storm, which is moving North Northeastwards, is likely to enter West Bengal on May 4 morning.

It killed five people in Odisha, say sources in Special Relief Organization, Kendrapara. More than a million people were evacuated from vulnerable areas in 15 districts in Odisha into around 4,000 shelters.

Here are the live updates we carried through the day:

3.30 pm: The wind speed in Bhubaneswar was not expected to be 230-240 kilometres per hour (kmph), but it is, say sources from IMD Bhubaneswar.

2.15 pm: Power supply has been affected across the coast. Wind speed in Bhubaneswar is 120-130 kmph, which was 100 kmph till noon, in Cuttack it's about 150 kmph and in Paradeep 160-165 kmph. Many areas in Bhubaneswar and Cuttack are waterlogged and government-appointed engineers are trying to drain out that water.

1.15 pm: Authorities have evacuated 15,000 slum dwellers from Bhubaneswar, and 75,000 more may need to be evacuated if the situation worsens. Astaraga and Kakatpur areas of Puri the worst-hit.

12.50 pm: Against IMD's prediction, cyclone Fani weakened into a very severe cyclonic storm sooner — at 11.30 am — about 10 km east of Bhubaneswar and 30 km south of Cuttack.

Bhubaneswar airport reported maximum sustained wind speed of 92 kmph, gusting to 130 kmph at 11.30 am. It's likely to continue moving North Northeastwards and weaken further in to a severe cyclonic storm in the next six hours.

10.15 am: With the speed of 175 kilometres per hour (kmph), cylone Fani has made landfall in Odisha’s Puri district at 8.30 am on May 3, 2019. The state government has evacuated more than 11 lakh people from vulnerable areas of 15 eastern districts in the state.

ESCS FANI about 25 km SSWof Puri at 0830 IST. To cross Odisha coast between Gopalpur & Chandbali close to Puri during 0800-1100 IST. Landfall started at 0800 hrs IST. Part of eye lies over land at 0830. Entire process of eye entering into land will be completed in next 2 hrs. pic.twitter.com/2RrDpvyOuj

Chief minister Naveen Patnaik held a meeting at the secretariat with top officials to review the relief and evacuation process on May 2, 2019. After the meeting, he said Odisha was fully prepared to tackle the cyclone. “Every life is valuable for us,” he said. 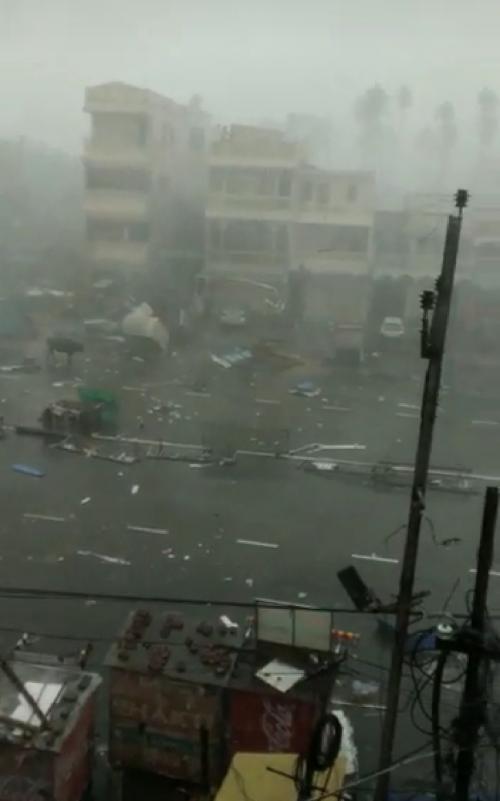 Those evacuated have been shifted to 3,008 shelter homes. All flight operations from Bhubaneswar airport were cancelled from May 2 midnight. Electricity to coastal areas has also been disconnected.

As the cyclone neared the coast, towns like Puri, Gopalpur, Kendrapara, Jagatsinghpur and some others experienced water-logging owing to incessant rains. The authorities have stockpiled dry food, rice and  kept medical teams and ambulances on standby. 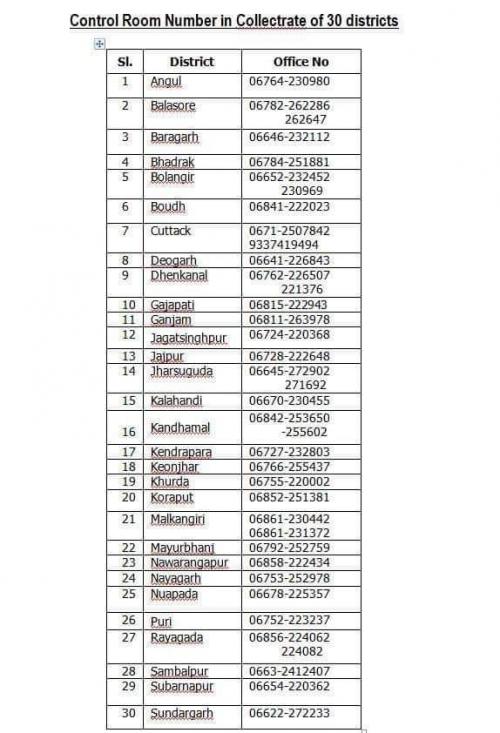